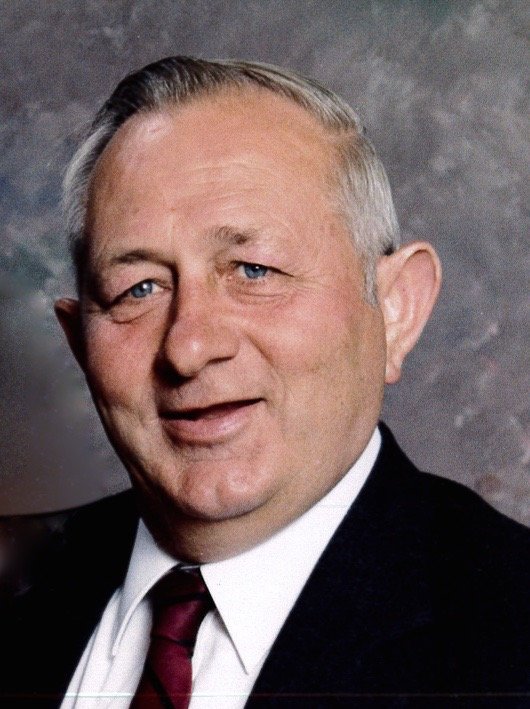 Bob Hickok peacefully passed away on January 17, 2016 two days before his 86th birthday. He began his life on January 19, 1930 in Bellingham, WA, born to George and Clara Hickok. He grew up in the city of his birth and graduated from Bellingham High School in 1948. He married his high school sweetheart, Elizabeth Pearl Owens, in 1950 and they spent over 53 loving years together until she passed on August 30, 2004.
Bob enlisted in the US Marine Corps, completed his four years of duty, obtained the rank of sergeant, and served honorably in the Korean War. After his discharge in 1952, he returned to Bellingham to rejoin his family. He accepted a job at the Eureka Police Department located in California in 1954 where he rose to the rank of sergeant. In 1967, he accepted a job with the Humboldt County District Attorney’s office. Among his many accomplishments during this time were graduating from the FBI National Academy, being a Criminal Law Instructor at College of the Redwoods, assisting in the development of the local police academy, and receiving many oratory and teaching awards. Additionally, he attended college to obtain his legal degree, passing the California Bar Exam in 1978. He became a Deputy District Attorney, prosecuting primarily felony cases. He retired from Humboldt County in 1983 and went into private practice. Two years later he accepted a position in Mendocino County as Assistant DA. He retired from that position ten years later at the age of 65 and returned to Eureka. During the following years he did a generous amount of volunteer work for the Humboldt County Judicial System and enjoyed many years of retired life with his family. In 2003, Bob and Betty moved home to Bellingham, WA where they became active members of the Birchwood Presbyterian Church.
The discipline and patriotism he learned in the Marines never left him, as was seen regularly both in his work and personal life. Bob enjoyed camping, coaching Babe Ruth baseball, his summer home in Redway, and most of all spending time with his family. He was a dedicated family man who never hesitated to share his love and support with those close to him. Bob was dearly loved by all and will truly be missed.
Bob is survived by his children, Robert Jr. and wife Mary, Eugene Craig, Barbara Olson and husband Evan, Sharon Mitchell and husband Nick; eight grandchildren; five step-grandchildren; eight great-grandchildren; his brothers Donald Hickok and wife June, Gerald Hickok and wife Donna; sister Nancy Hickok; half-brother George Hickok; his aunt Janet Hickok; and numerous nieces and nephews.
There will be a memorial service held at Moles Farewell Tributes – Greenacres, 5700 Northwest Dr., Ferndale, at 1:00 pm on Saturday, January 23, 2016.
In lieu of flowers, the family asks that memorials be sent to either Whatcom County Hospice House or Shriners Hospitals for Children.