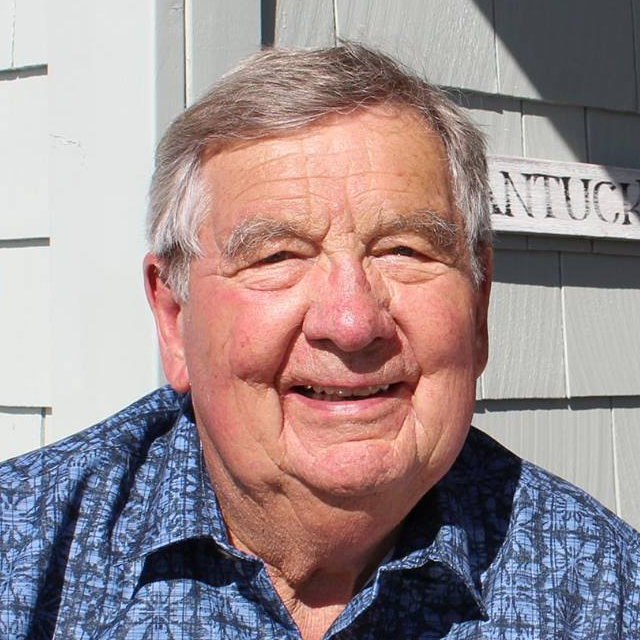 Robert was born on June 5, 1929 in Bellingham, Washington to Louis and Geraldine (Gower) Harnden and graduated from Bellingham High School in 1947. When the Korean War broke out in 1950, Bob enlisted in the U.S. Marine Corps and quickly rose in the ranks, going from private to staff sergeant in only eighteen months.  Returning home, he attended Western College of Education and then transferred to the University of Washington, graduating in 1958 with a degree in business administration.

While at Western, he met Barbara Donnelly and the two were married in 1956, sharing 63 wonderful years together.  Bob lived a great life. He was respected by others as a compassionate, honest, and hard-working member of the community throughout his many careers, which ranged from wholesale manager of Carnation Fresh Milk in Seattle, to his efforts with Sun-Mark properties developing Sudden Valley in the 1970s, to over three decades in local real estate with Coldwell Banker Miller-Arnason.

He loved singing and performed in many choirs throughout his life.  He was a historian at heart, hitting the road each summer as part of the Lewis and Clark Trail Heritage Foundation.  He enjoyed knowing that his great, great, great, great-grandfather fought at Lexington and Concord in the Revolutionary War and that he was from a Washington pioneer family who settled in Whatcom County in 1885.  He loved his views of Bellingham Bay, Rosario Strait from Lummi Island, and, before that, Lake Whatcom.  Nothing made him happier in his later years than sitting with his morning coffee while watching the ships pass by.

He is survived by daughters Karen Haggen (Jeff) and Sandy Harnden-Warwick (David), along with four grandchildren: Sarah Haggen Hammann (Paul), Matthew Haggen, Tyler Haggen, and Megan Bayless.  He was preceded in death by his wife, Barbara, and oldest daughter, Janis, both in 2019.

Memorial donations may be made to either Palliative Care, PeaceHealth St. Joseph Medical Center Foundation, or Whatcom Hospice Foundation. Both are located at 2901 Squalicum Pkwy. Bellingham.

Bob will be laid to rest at Enterprise Cemetery. A memorial service will be announced at a later date.