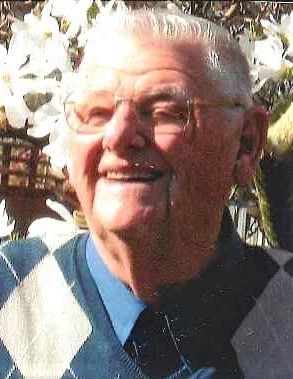 Rick was born in Alameda County, CA to Stanley and Virginia Miller on April 11, 1934 and was their only child. His father owned a market in the city of Alameda, was a member of the city council, and Scoutmaster of troop 17. In the mid 40’s, his father decided to sell the market and enter into the resort business. After a brief stay at Clean Lake Highland, CA, the family moved to St. Helena in the Napa Valley. Rick graduated from St. Helena high school in 1952 where he enjoyed sports, acting, and public speaking. During his junior and senior years, he worked as a game conservationist for the CA Dept of Fish and Game. Rick was a part of the program that raised pheasants, banded them, and released them into the wilds of Northern California.

After graduating from high school, he joined the Marine Corps and retired after 20 years of service. Areas where he served overseas include Puerto Rico, Okinawa, Japan, and Vietnam. After military retirement, he decided to pursue his youthful dream of being a Park Ranger. At the age of 40, after furthering his education, he applied for the position of Park Ranger for the San Diego Zoological Society. In 1973, he began a second career at the newly opened San Diego Wild Animal Preserve in the San Pasqual Valley. During the 21 years he was with the Zoological Society he served as Park Ranger, EMT Ranger, and Senior Ranger. He also taught emergency medical procedures to students that wanted to pursue a career as a Nurse or Paramedic. He was a volunteer CPR instructor for the American Heart Association. He later established an emergency medical program made up of park employees trained to respond to any medical emergency on the 1800 acre wild animal preserve. Rick’s story can be found in the August 1985 national publication of The Journal of Emergency Medicine. (Article entitled “On Call at the Wild Animal Park”).

After the passing of his wife, Catherine, in 1998, Rick decided to travel in his motorhome. While camping on the Marine Base at Camp Pendleton’s San Onofre Beach, he was offered and accepted a camp host position. The following year he traveled along the rugged coastline of Northern California to the historical village of Mendocino. Rick spent the next 10 years volunteering for State Parks as park host and museum docent. He enjoyed acting out living history skits and speaking to groups about the history of the area. He also conducted tours of the oldest operating Presbyterian Church in CA and of the Point Cabrillo Lighthouse. Rick decided to become more involved in the area’s park system and sat on the board of directors for the Mendocino Area Park Association.

In 2003, Rick traveled to the Northwest. After making several trips, he decided to settle in Birch Bay, WA. He became a member of United Church of Christ in Blaine where he served on several church committees.

He is survived by his best friend, Sarah “Sally” Malby, and her family: Bill, Kathy and Matthew Cole as well as Jim, Debbie, Brandon, Jordan and Carter Brockmeyer and his good friends Cory and Jennifer Dodge. His beautiful, passionate spirit and sweet kindness will definitely be missed by all who knew him. How blessed we were to have had him in our lives!