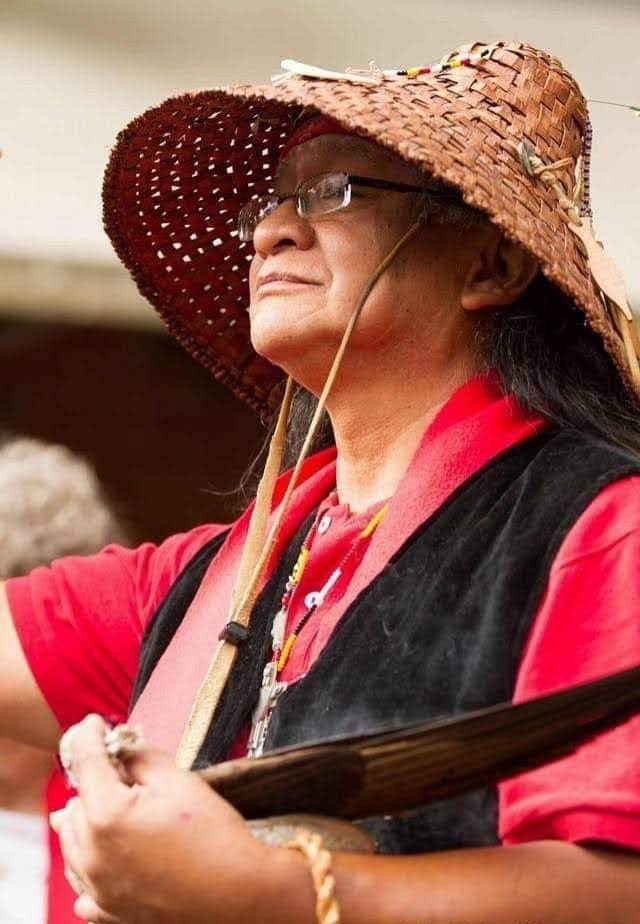 “Randy” Randall Evan Peter, age 70, passed away on September 8, 2021, in Washington State, USA. Randy was born and raised in Sts’ailes, British Columbia. At a very young age, his father and brothers taught him the traditional ways of living off the land and putting food away for the winter season. The skills of hunting and fishing would eventually help him provide food for his family, the Elders, and the community. He loved sharing stories about his children, family members and his life experiences.

Randy was a very spiritual man and a righteous prayer warrior. He loved everyone unconditionally, without judgement. He is widely known as respectful, honest, and compassionate. He had a great sense of humor and was known to play silly pranks on people.

Randy was a master woodcarver of masks, animals, birds, sea life, talking sticks, etc. During his travels throughout Canada and the USA, he often connected with other carvers to teach, learn, and collaborate with them. His carvings are in museums throughout Vancouver, BC. In 2011 he carved a canoe called “Grandpa’s Pride” in Lummi Nation. He had a very strong desire to carve just one more canoe.

Randy spent 30 plus years in northwestern British Columbia. The majority of that time was spent in the beautiful territory of Nisga Nation where he will forever be remembered as a legend in the Nass Valley mountains.

Randy and Linda Soriano united in Holy Matrimony in Seattle, Washington where their marriage ministry flourished. They went to hospitals for spiritual sharing. Unsponsored, the majority of their time was spent with ongoing street outreach. Together they became activists while advocating for homeless issues and numerous political issues.

Randy’s hobbies included woodcarving, hunting, fishing, singing gospel songs with his guitar, reading Native American books, making drums, rattles, arts and crafts, spending endless hours on Facebook, and looking for bargains at secondhand stores and on the internet. He often cooked foods that he remembered his mother cooked when he was a child. He enjoyed baking; his favorite was chocolate cake. Randy loved soccer and football. He was a loud and proud Seattle Seahawk fan.

Randy was a survivor of Canada’s residential school system and the Federal Indian Day School system. His nightmares of those childhood experiences continued into the age of his late 60’s. Eventually he began speaking publicly about it at various events. His wife Linda was instrumental in helping him along his healing journey.

A funeral service will be held at 10:00am on Tuesday, September 14, at Moles Farewell Tributes Ferndale, 2039 Main Street, Ferndale.