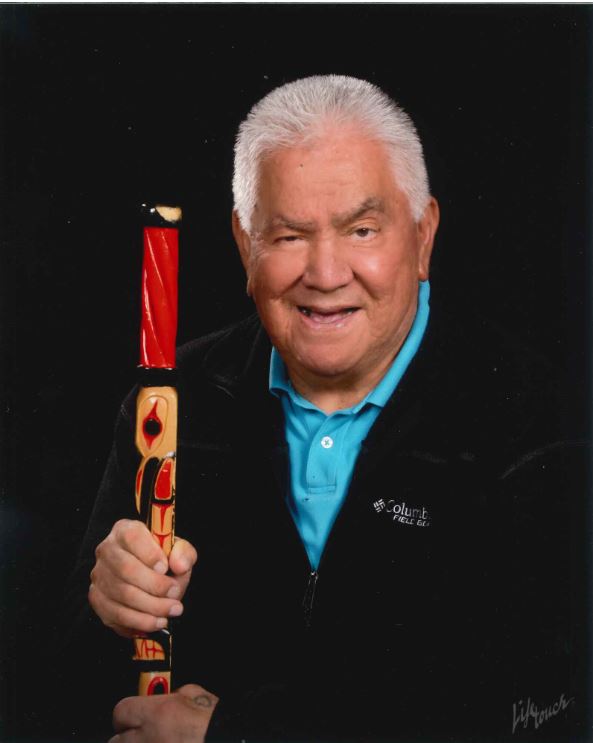 Ralph was born May 28, 1937 to Lincoln Scott of the Swinomish Tribe and Helen Rose Lawrence (Hillaire) of the Lummi Nation. He lived on the Swinomish Reservation for the first five year of his life. He graduated on May 14, 1954 from Chemawa Indian School, and then joined the U.S. Air Force; February 7, 1953 – October 15, 1958. He did his basic training in Parks Air Force Base in California. He was then transferred to Warren Air Force Base in Wyoming where he completed his schooling for Ground Powered and Support Equipment Repairs in December 13, 1955. He spent time at Yokota Air Base in Japan where he completed 2 more classes in Airmanship and Compulsory Driver Improvement. While in the Service, he also spent time in Hawaii and Iceland. He married the love of his life Rosalie Irene Scott (Jones) on November 12, 1961 in Bellingham, Washington. Like many other tribal members, he was part of the Relocation Act and he received training as a Machinist at the Oregon City Vocational School April 1, 1964 – April 13, 1966. He was described as a superior student. Once his training was complete, he came back to Lummi and spent the rest of his life working at the Intalco Aluminum Corporation. Ralph was a natural athlete. He loved to play football, basketball, and baseball. Not to mention he was an exceptional canoe puller. His children and grandchildren will forever cherish the life teachings he shared with them in his own special way. His great-grandchildren will especially miss him in the stands, bleachers and the on beach as their #1 fan. All who knew and loved Ralph will remember him as being humble, kind, soft spoken, and always smiling. Ralph was survived by his wife of 60 years Rosalie Scott; children Karen Scott, Sharon (Joseph) Johnson, Maureen (Steve) Kinley, Ralph (Angel) Scott, and Ryan (Lauri) Scott; grandchildren Scott, Todd and Earl Johnson, Nicholas, Cameron, and Ally Scott, Darian Williams and Jasmine Scott, Billie Jean Kinley; 8 great-grandchildren; siblings Gail (Ron) Phair and Charles Scott. He is preceded in death by his parents Lincoln Scott, Helen Lawrence (Hillaire), sisters Katherine Tom, Esther Ware, Barbara Berger, and Marion Alvarez.