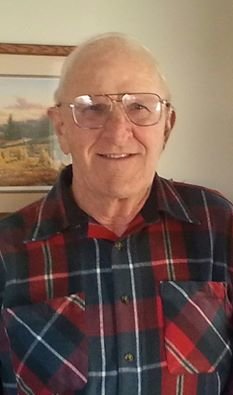 Born January 28, 1936, Pete was a lifetime resident of Ferndale, growing up on the family farm on Harksell Rd. He graduated from Ferndale High School in 1954 and married Kathleen Brown in July of 1955. They made their home on Portal Way.

Pete was a true family man and enjoyed his children and grandchildren. Pete worked in the automotive service industry, retiring in 1992 after owning Pete’s Exxon for 23 years. He was a lifetime member and an active participant at St. Joseph Church in Ferndale.

He was very civic minded and active in the community through Boy Scouts, Jaycees, Jet Oldsters, Chamber of Commerce, Kiwanis, Whatcom County Old Settlers, Ferndale City Council and the Ferndale City Planning Commission. He was a member of Washington Good Roads Association and had been appointed to the Washington Traffic Safety Commission. He was the first recipient of the Thomas George Man of the Year award.

He was preceded in death by his parents Fred and Carrie (Janitscheck) Harksell.

Services will be held Wednesday April 1, 2015 at 10:30am at St. Joseph Catholic Church in Ferndale. Viewing will be Tuesday March 31st, 5:pm- 7:pm at Moles Funeral Home in Ferndale.

In memory of Pete donations may be made to the Ferndale Senior Center or Whatcom Hospice House.