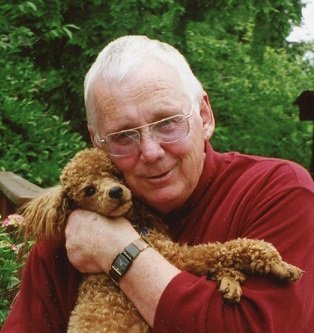 Perry Douglas Adkison, 75, passed away at his home December 2, 2014 after a short illness. Perry was born in Kanakanak, Alaska and spent his childhood and working life in Dillingham, Alaska. He has been a resident of Sudden Valley for the past 24 years, where he made many friends both on and off the golf course.
He graduated from the University of Alaska Fairbanks and taught high school math in his hometown of Dillingham. He spent a year as an exchange teacher in Morwell, Australia, where he developed his golf addiction. He was named Alaska Teacher of the Year in 1985. His Problem Solving class students traveled to state and national competitions. One former student said, “…no other class has ever provided me with as much benefit as Problem Solving where I learned to think creatively and brainstorm without fear.”
He was a skilled Alaska Native Artist, and avid photographer. One photograph won an award in the Alaska Positive competition, and another was on the cover of Alaska magazine. He spent countless summer days’ beachcombing in his Piper Pacer with a series of loyal hunting dogs, his “real dogs.” Later in life he settled for poodles, which were always spoiled.
His is survived by his wife, Norma (Winchell) Adkison; brother Harlan Adkison; sister Arlene Adkison; son Milo Adkison and wife Kimberly and grandchildren Ella and Karen; daughter-in-law Kim Adkison and grandchildren Mike and Kate Adkison.
He was preceded in death by his son Perry Adkison, his father Milo “Mike” Adkison, his mother Ella Adkison (Nielsen), and his two brothers Lars and August “Rudy” Nelson.
A Memorial Service will be held at 2:00PM on December 29, 2014 at Moles Farewell Tributes in Bellingham, WA. In lieu of flowers, the family requests donations to the Alzheimer’s Society of Washington and Whatcom Hospice.