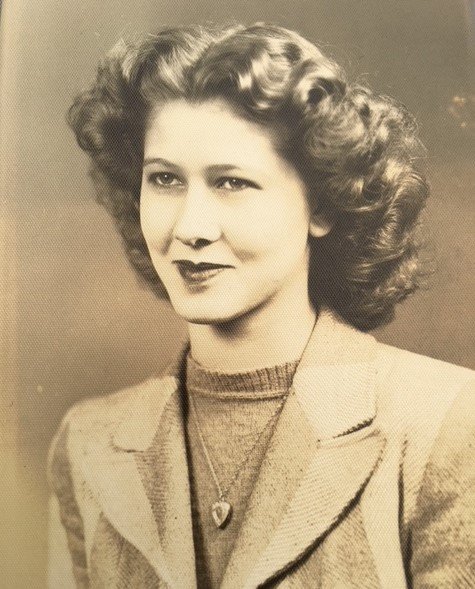 Patricia (Pat) Ann Stromer, 91, passed away peacefully in Bellingham, Washington on August 19, 2018 after a long battle with Alzheimer’s. She was born on June 17, 1927 in Clay Center, Nebraska, the daughter of Roy and Evelyn (Carpenter) Jones.
Pat lived her first 14 years in Clay Center, Nebraska. At that time her family moved to Hastings, Nebraska, where she graduated from Hastings High School in 1945. During this time Pat worked at the Rivoli Theater and in a munitions factory, where she made armaments for the war effort during WWII. She was proud of being part of the “Greatest Generation”. Pat married Mel Stromer after he returned home from fighting overseas during the war. They had been married for 67 years until Mel’s passing in 2012.
Pat and Mel came out west and settled in Bellingham in 1948, where they raised two sons. Pat loved living in Whatcom County with her family, where she maintained her beautiful yard and orchard. She was a dedicated wife and mother and always made wonderful meals. Pat also worked many summers at Boxx Berry Farm in Ferndale as a “berry boss” and checker. Mel and Pat moved to Spring Creek Retirement Center in Bellingham in 2010, where Mom continued to love and care for Dad through his illness. We are grateful to the Spring Creek staff and Whatcom Hospice for their dedication and support. Their care and compassion helped meet her medical challenges and ease her pain.
Pat was preceded in death by her husband Melvin Stromer, brother, Royal Jones, and granddaughter, Makenna Stromer, and many dear in-laws, cousins, and friends.
She is survived by sons Tim (Susie) Stromer of Bellingham, WA, Scott (Linda) Stromer of Mount Vernon, WA, grandchildren Lori (Bill) Petty of Ferndale, WA, Shana (Tor) Bjorklund of North Bend, WA, Steve (Jenn) Lefeber of El Paso, TX, and Michelle (Patrick) Neason of Lake Stevens, WA, great-grandchildren Katrina, Zachary, Nate, Sadie, Shiraz, Vahid, Gwen, Kaliah, and Gavin, two great-great-granddaughters Blayne and Zoey, and numerous nephews and nieces.
In lieu of flowers, please make memorial donations in Pat’s memory to Seattle Children’s Hospital.
A memorial reception for Pat will be held on Tuesday, August 28th, 2018 from 12:30-2:30PM at Moles Farewell Tributes Greenacres (5700 NW Dr. Ferndale 98248).