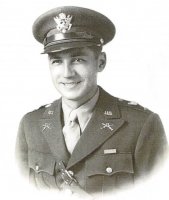 Mr. Yanco served five years of active duty in the U.S. Army from Dec. 27, 1940 to Dec. 12, 1945. He was an Officer in the 5th Infantry Division which was used as the spearhead of General Pattons Third Army. Mr. Yanco was the recipient of five campaign ribbons and was also awarded the Combat Infantry Badge and the Bronze Star medal.

In civilian life, Mr. Yanco was a master furrier. He and his brother Allan owned the Northwestern Fur Shop in Bellingham until retirement. He was an avid golfer and a member of the Bellingham Golf and Country Club for many years. Since childhood, Oliver had a great interest in philately. Mr. Yanco was past president of the Bellingham Stamp Club, and a member of the coordinating committee for the philatelic events held at the Worlds Fair in Seattle in 1962.

He enjoyed gardening and was a member of the Birchwood Garden Club, the American Rose Society, and the Rose Hybridizers Association. His large rose garden won several trophies and prizes. His expertise and knowledge of rose culture and hybridizing was sought by many and freely shared.

Interment will be in West Roxbury, MA on the site of the historic Brook Farm.

In lieu of flowers, memorials may be made to the Friends of the Bellingham Public Library, P. O. Box 1197, Bellingham, WA 98227.

Interment will be Friday, Dec. 7, 2012, at 1 PM, at The Gardens at Gethsemane in West Roxbury, MA, on the site of the historic Brook Farm. Donations Information

In lieu of flowers, memorials may be made to the Friends of the Bellingham Public Library, P. O. Box 1197, Bellingham, WA 98227.