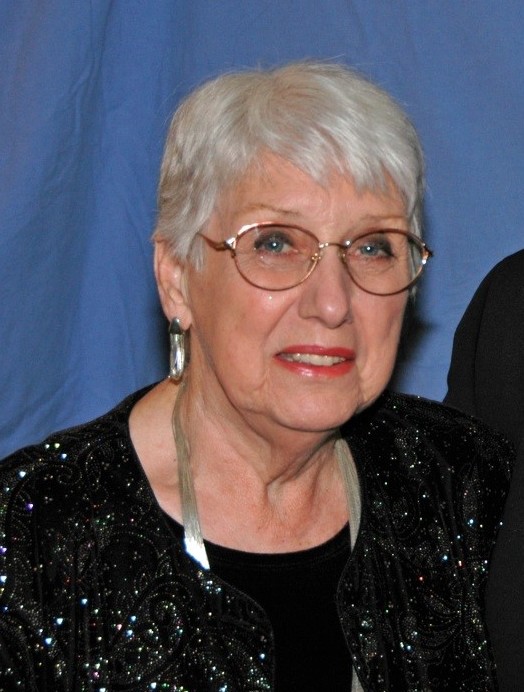 Myrtle Ann (Floding) Brooks, 84 years-old, suffered a stroke on May 2, 2019 and was received into the arms of her Savior, Jesus Christ on July 5, 2019.  Ann was born on April 12, 1935 in the log house in Alexandria, Minnesota her grandfather built after emigrating from Sweden.  She was baptized into Christ on June 23, 1935 at Svea Lutheran Church in Alexandria and confirmed her Christian faith on July 24, 1949 at Calvary Lutheran Church in Alexandria by the same pastor who baptized her.

Her father, Frank Floding, farmed 80 acres of the family homestead and she remembered her mother, Myrtle (Johnson) as a wonderful cook and homemaker.  Like many Minnesotans, they supplemented food for the family by fishing.  She loved to fish and every excursion over the years back to Minnesota had to include a family fish fry of “sunnies”.

She attended a one room school house from 1st – 8th grades, began high school and then went to work as a waitress.   She met Charles E. Brooks in 1950 when he was home on leave during the Korean War.  After two years of a long distance relationship Chuck proposed through the mail and they were married on September 20, 1952 in San Luis Obispo, California.  From this union two sons were born: Ricky Dean and Dana Allen Brooks.

Ann and Chuck lived in San Luis Obispo, California, where Rick was born in 1953 at the Camp Roberts military hospital, and then at Fort Lewis in Washington State.  Chuck volunteered to return overseas because finances were tight and while he was serving in Sasebo, Japan, Ann moved back to Minnesota.  After discharging from the Army, Chuck rejoined her in Minnesota where their son, Dana, was born in 1957.  Seeking steady employment they moved to Barstow, California for two years and then to Sitka, Alaska.

In Sitka their life took a turn for the better.  Ann began working for Sears and Roebuck in 1963 and Chuck earned his electrician’s license through ICS courses funded by the GI Bill and was hired by Sitka’s main employer, Alaskan Lumber and Pulp, working for many years as a motor winder, rewinding large electric motor armatures.  They joined Sitka Lutheran Church, where Chuck and Ann served in various capacities and where Rick confirmed his faith.

In 1969 Chuck was offered a position at Intalco Aluminum company in Ferndale and they were finally able to return to the “lower 48”.  They purchased their first home in North Bellingham where they lived until their deaths.  Ann continued to work for Sears in Bellingham until she retired in 1998.  She became a very successful salesperson in the Contract Sales division, earning many awards from Sears and the Whatcom County Home Builders Association.

They became members of Trinity Lutheran Church in Bellingham in 1970 after Pastor Carl Fisher visited Chuck at St. Joseph’s Hospital who was recovering from an accident at work.  They loved Trinity and though they joined Redeemer Lutheran Church, the mission church started by Trinity not far for their home in North Bellingham, their heart remained at Trinity and they returned there after a few years.  They were very involved over the years, serving as youth volunteers during Dana’s high school years and in many other leadership and service positions.  They especially loved singing in the choir.  But Ann may be most remembered as the “card lady” who conducted her own personal ministry of sending birthday, anniversary and grief cards she made on her computer to people in the congregation.

Ann was preceded in death by her husband Charles after 62 years of marriage, her son Rick, her parents, Frank and Myrtle (Johnson), her three brothers, Rueben, Clifford, Lloyd and one sister Gladys Hoppe.

Her entire family is grateful to God to have been blessed with her love.  She was quick to laugh and loved her family and her Lord deeply.  She is and will be missed but we take hope in the promise of new life in Christ and a reunion in heaven with Him who is the Resurrection and the Life, Jesus Christ.