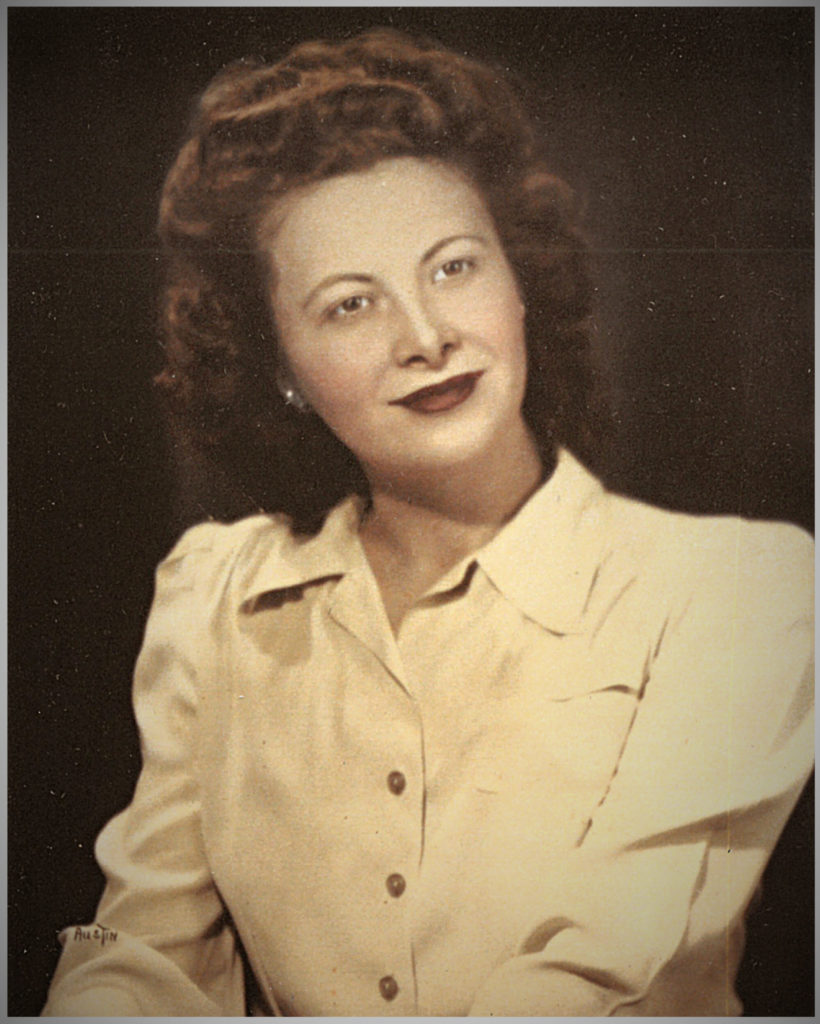 Mildred Margaret Coats was born at home on August 12, 1919 near the farming community of Vanzant in Douglas County, Missouri.  The last of 8 children in the family of James Oliver (J.O.) and May Coats, Mildred was raised as a rural girl on a small family farm in the Ozark Mountains.

Mildred attended both Fairview and Vanzant grade schools, Mountain Grove High School and completed two years of training to become a teacher at a one room school house in Cobol, Missouri.  She met John Marvin Parker and had her first date with him at a “sock supper” – a church event where women made and wrapped a picnic in a sock and men bid on the sock for the privilege of a shared meal.  Mildred and John were married on April 28, 1942 in Yuma, Arizona.

In 1942 Mildred and John moved to Santa Monica, California.  John joined the U.S. Navy and was stationed overseas as the captain of a minesweeper in the South Pacific during World War II, while Mildred worked at Douglas Aircraft in Santa Monica.  Eventually, Mildred and John settled in Burbank, California. Mildred became a full-time homemaker and raised 5 children during this time.

In 1978, Mildred and John retired to Mission Viejo, California.  Over the following 25 years they travelled throughout the world and spent time with their children and grandchildren.  In 2003, with John experiencing failing health, they moved to Bellingham, Washington to live with their daughter, Sue Swindle.  John passed away on September 14, 2004, while Mildred continued to live with her daughter and enjoy her extended family.

Mildred had her 102nd birthday party on August 12, 2021.  Mildred experienced a fall the night of Sunday August 15th and fractured a bone in her lower back.  Her condition required hospice care, and she passed into Jesus’ care on August 20th, 2021.

A graveside service will be held on Wednesday September 1, 2021 at 2:00 p.m. at Greenacres Memorial Park in Ferndale, Washington.

In lieu of flowers donations may be sent to Whatcom Hospice Foundation.