Mike grew up in Bellingham, attending Silver Beach Elementary, Whatcom Middle School, and Bellingham High School, where he graduated in 1962.  Mike joined the Navy before graduation and served on the USS Princeton until he was discharged.  After learning to weld in the Navy, he joined the Apprentice program through the Sheet Metal Union and worked for Ray Pearson, Barron Heating, and then eventually started his own business, Rite Weld, which was originally a welding and sheet metal shop.  He gradually added heating and air conditioning and became the GE dealership in the area.

Mike spent his early years in a house on Dakin Street.  When he was a young boy, the family moved the house around Lake Whatcom to 5 acres that they owned in the Silver Beach area.  The house still sits there today.  Mike and Shelley eventually built their own house on part of that property as well.

Mike recently reminded his daughters of the story of how their parents met.  Mike & Shelley were in the same graduating class in high school, yet never met until the month before they graduated.  Mike walked into the mechanical drawing classroom after school to wait for his friend.  Shelley happened to be in that classroom finishing up an assignment (she claims she was detailed and slow, so she often stayed after school to finish up).  Mike took one look at her and thought “That is the girl I’m going to marry”.  In February of this year, they celebrated 55 years of marriage.

Mike was hard working, reliable, and did the job right.  Through his hard work, he did an excellent job providing for his family.  “The early bird gets the worm” was one of his favorite phrases.  He was blessed to keep working through bad economic times, and had the goal to sell his business and retire at age 50 (which he did)!

After retirement, Mike and Shelley got into boating and did some traveling.  Ready for a change, Mike decided to start a new venture in restaurant ownership.  They bought the Breakwater Restaurant (The Bellingham Yacht Club) and owned that for a few years.  Retiring once more, Mike focused on his passion of classic cars.  He purchased a ‘55 Chevy and joined Fourth Corner Elites car club.  He and Shelley were already long-time members of the Whatcom County Studebaker Drivers Club.   He enjoyed many years of car shows, cruises, made many good friends, and of course, bought a few more cars.

Mike was a business owner at heart.  Even during his last 2 years at Prestige Care in Burlington and North Cascades in Bellingham, he liked to think of himself as the employer of the wonderful caregivers he had.

The family wishes to thank all of Michael’s caregivers at North Cascades Health and Rehabilitation Center for the patient, loving care they provided him this last year of his life.

A memorial service will be held for Mike at Trinity Lutheran Church, Bellingham on Saturday, May 21st at 1pm. 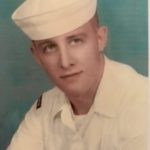