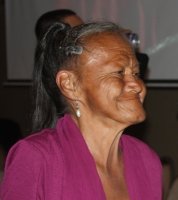 A prayer service will be held Thursday April 4th, 6pm with a funeral service following Friday April 5th, 10am both held at the Wexliem Community Building Lummi Nation. Burial will follow at Lummi Nation Cemetery. Please share you memories and stories of Kim in the online guestbook at www.farewelltributes.com.

2 responses to Melvina May Tom