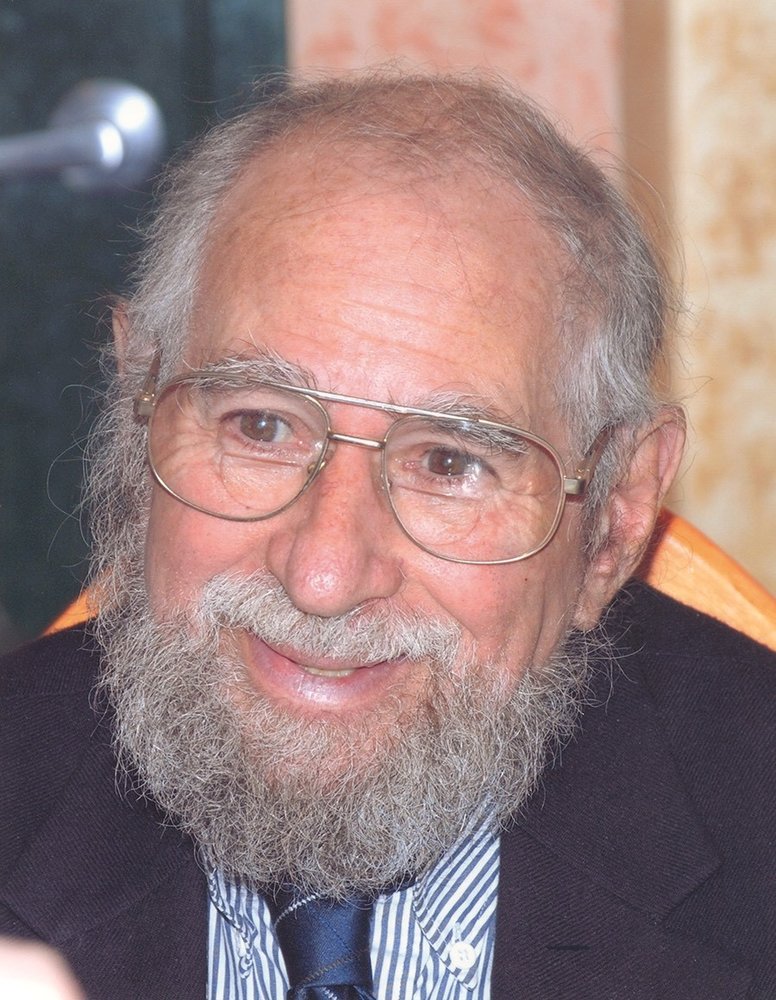 Marvin Mortimer Wolff, 91, of Ferndale, WA, passed away peacefully at home on November 29, 2018. He was the son of Lionel Wolff and Eva Holzberg and was born in Brooklyn, NY on February 3, 1927. Marvin married his first wife, Bebe Bender, and they had two sons, Phillip Evan Wolff, of Bellingham, WA, and Sander Roscoe Wolff, of Long Beach, CA.

Those who knew Marvin, and had the pleasure of his company, understood that he led a fascinating and incredibly diverse and interesting life. The impact of both his profession and service with the military and government leave a lasting legacy – some of which has been locally recognized on February 8, in Bellingham, WA, as Marvin Wolff Day.

Marvin’s colorful and diverse life started in Brooklyn, NY when he graduated from Lafayette High School at the age of 16. He soon went to sea in the North Atlantic on supply convoy merchant ships during WWII. As a young seaman, he saw and experienced the world, learned many languages, and eventually worked with the OSS, the precursor to the CIA.

After the war, he searched many cities in Europe for surviving family, crossing the continent on a motorbike, without success. Whole branches of his family were not just lost to the Holocaust, but were erased with new people occupying old addresses and denying they ever lived there.

Upon returning, Marvin was accepted to the U.S. Merchant Marine Academy at Kings Point, NY where he studied Marine Architecture and Naval Engineering. Through the years, he was deeply involved with the Navy, seeing conflict in Korea; engineered and designed landmark projects for many new Navy programs and was active in the Oak Ridge National Nuclear program.

His love for Naval Architecture and Engineering guided him to a successful career with the naval architecture firms H.N. Whittelsey and Sparkman & Stephens, where he designed and managed many significant and important commercial and naval vessels. Many of these years were spent working on America’s Cup yachts. Through his work in designing, recording, and filming during this stage of his career, he became more exposed to the TV, documentary, and news industry and entered the next chapter of his career.

He then spent many years as an Audio Engineer in the film industry – working with Fox Movietone and NBC News – working on such programs as the Huntley-Brinkley Report, covering landmark historical moments such as the New York riots, Apollo missions, various military conflicts and recorded and helped conduct interviews with such figures as Chiang Kai-shek, many presidents, Malcolm X, The Beatles and the list goes on.

His love for the sea and ships ultimately guided him back to the industry, where he eventually moved to Santa Monica, CA and joined the Advanced Marine Technology Division of Litton Industries, Culver City, CA where he worked on many projects, including design and engineering for hydrofoil navy ships. During this time Marvin also taught at the UCLA Graduate School on Systems Engineering. He eventually worked with the Harbor Boat Building Company. He then started work converting the RMS Queen Mary to a hotel and tourist attraction. His relationship with the Queen Mary continued to a point where he moved to Long Beach, CA and worked as Superintendent of Operations and eventually became the ship’s Director.

While at the Queen Mary, Marvin oversaw, and was instrumental, in the transformation of the ship to a world-class destination – the conversion of the ship to a 400-room hotel, an aquatic and history museum, numerous tourist attractions, stores and restaurants and an often-used location for feature films and documentaries. He additionally led the effort to acquire the Howard Hughes flying boat, the Spruce Goose, as part of the attraction.

Perhaps most importantly, and appropriately, he met the love of his life on the job – Mary Moeller, the Queen Mary’s Art Director. Marvin and family eventually moved to Ferndale, WA where Marvin became active in the local community – as Head of Bellingham’s Visitor and Convention Bureau, consulted with the local Lummi Tribe on aquaculture planning, and was a trusted source of intelligence and consulting on local, state and federal security matters. Marvin was also active, over the years, with the local Whatcom County Sheriff’s Office, forming a close professional and personal relationship with his close friend Sheriff Bill Elfo and former Whatcom Undersheriff Carey James.

Throughout his long, successful, and deeply meaningful life, Marvin was creative, curious, principled, challenging and loving. He wrote two novels, wrote poetry, told jokes and performed magic for his grandchildren. And perhaps best known by those that knew him: a master storyteller. His wisdom, insight, humor and unwavering sharp intellect will be sorely missed.