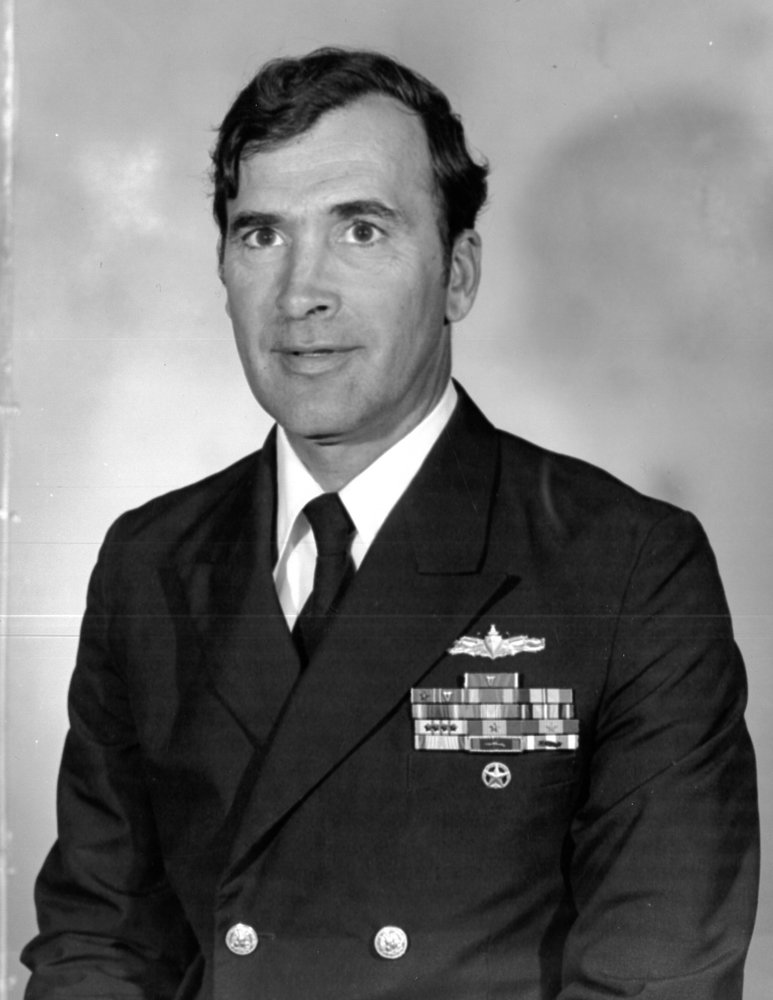 A loving husband, father and friend, and dedicated patriot left us earlier than we would have liked but Pat is now free of pain and the complications of Parkinson’s. Pat was born in Peabody, MA to Hilda and Gerald Brisbois. He graduated from the University of Illinois and went on to a 30-year career in the US Navy. Among his sea assignments he commanded USS SUMMIT COUNTY (LST 1146), USS TOWERS (DDG 9), and was Commander Destroyer Squadron THIRTY FIVE (seven destroyers under his command in Pearl Harbor, HI). Significant shore tours included Commander Task Group 116.1 and 116.2 in Vietnam, Operations department at Allied Forces Southern Europe (Naples, Italy) and Director of the Center for War Gaming (Newport, RI). Among his many medals he was awarded the Legion of Merit with the combat “V” and the Bronze Star with combat “V”.

While stationed in Hawaii, Pat met Willine (Budi) Christensen, a fellow naval officer. They married in 1979 and began a shared life full of love, laughter, and adventure. They were stationed in Hawaii, Italy, Newport, and San Diego. After retirement they moved to Placerville, CA where Pat was involved with the river rafting industry as a river guide and manager. A move to Bend, OR took them closer to skiing, hiking, and canoeing. While in Bend Pat accepted the challenge for seven years as a Court Appointed Special Advocate (CASA), volunteering on behalf of abused and neglected children. He considered this one of his most rewarding endeavors. A move in 2007 brought them to Bellingham where Pat enjoyed being near the water again.

Pat supported the Whatcom Humane Society, 2172 Division St., Bellingham, WA 98226, and contributions on his behalf would be considered an honor to him. Pat’s cremains will be buried at sea in a ceremony aboard a U.S. Navy ship at a later date. Our prayer for Pat is fair winds and a following sea.