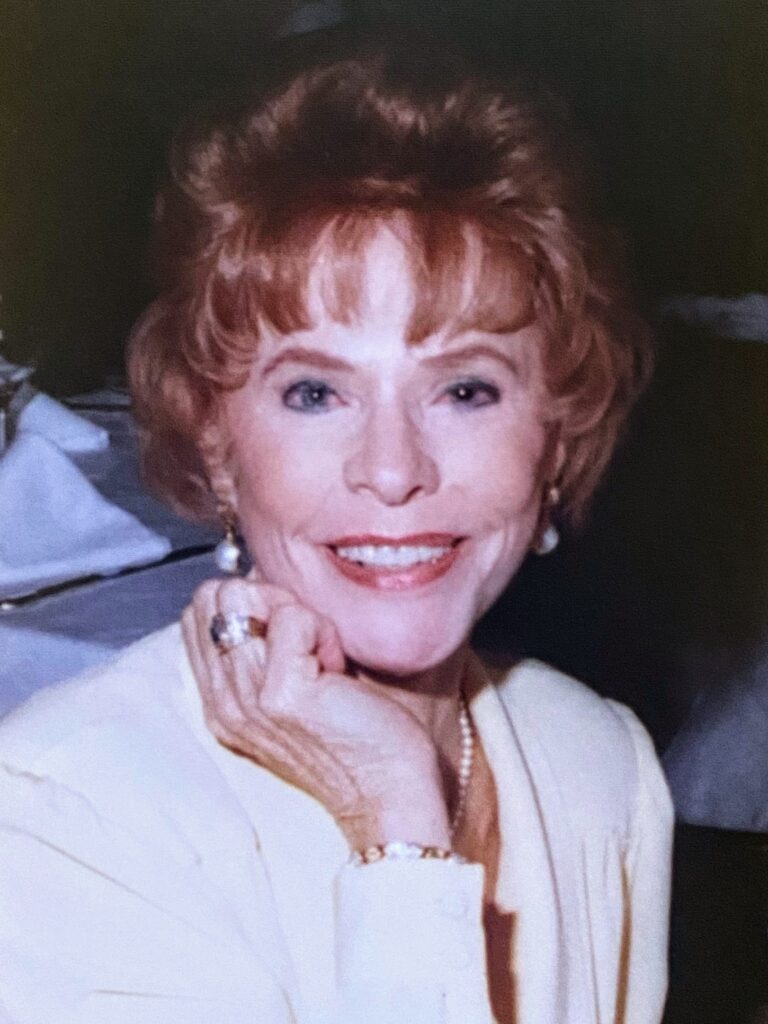 Marjorie was born on May 3, 1928, in Licking, Missouri and passed away on September 15, 2022, in Maple Falls, Washington at the age of 94. Marjorie moved from Missouri to California after marrying Lloyd A Robertson in 1946, and eventually settled in Shafter, CA.

Marj enjoyed working several years for Charles West at Mira Mesa Farms, where she was proud to be recognized as the first woman to buy and sell cotton in the state of California. She later managed the accounts for decades at LA Robertson Farms, Inc.

She was elected Queen of the Shafter Cotton and Potato Festival in 1952 and was also a founding member of the 21 Club in Shafter where she made so many of her lifelong friends.

Marj will be best remembered for never missing an opportunity to ‘Go!’ From being a den mother for Cub Scouts to hosting many gatherings of friends and family at her home and Poso Creek Country Club, her boundless energy touched so many lives.

Throughout her life she was an avid bridge player, joining the ACBL (American Contract Bridge League Association) in the 1950’s. In 1976, she achieved “Life Master”, a designation that takes dedication and years of attending tournaments all over the US, Canada, and Mexico. After 1976, her success continued, and she received five additional accomplishments – Bronze, Silver, Ruby, Gold, and finally Sapphire Life Master. Many people strive for these honors, but few actually reach them.

Marj was tough as nails at the bridge table, yet everybody enjoyed her warmth and sense of humor. Without a doubt, she is playing in a game right now. From the bridge world, we love you and you will be dearly missed. Until our next game …

Marjorie was preceded in death by her parents, Earl and Zea Cantrell and her husband, Lloyd A Robertson.

Marjorie is survived by her son Cliff and his partner Sae Shiraki, who live in Grindelwald, Switzerland; her three granddaughters Camilla, Chonoa, and Misha and one grandson, Issa. She is also survived by son Scott, who resides in Maple Falls, Washington with his partner, Andrea Sabo; her four granddaughters Shannon, Brittany, Michelle, and Jaclyn and four great grandchildren Willow, Weston, Lena, and Karson.