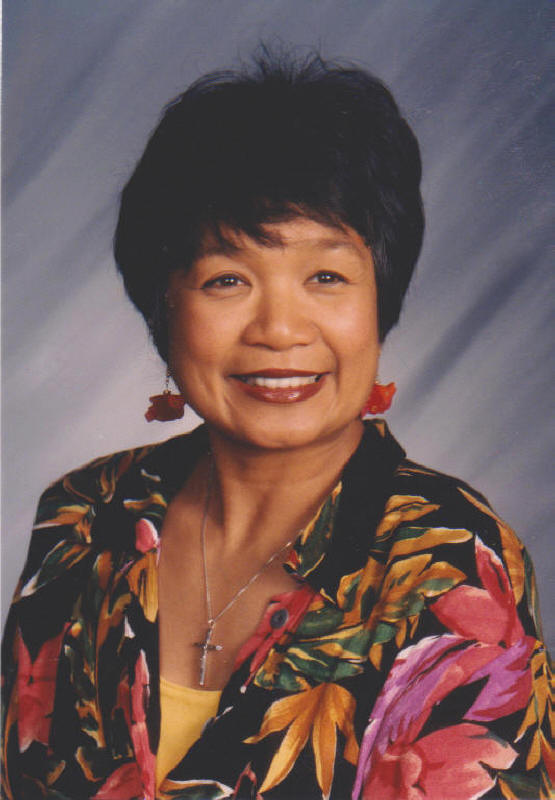 Talented artist, dedicated teacher, loving mother and grandmother, and loyal friend, Maria Nenita “Nita” Raagas Wright left this world for the next on September 3, 2021. She will be long-remembered for her boundless generosity, animated storytelling, and devotion to her family and students.

Nita was born on November 2nd, 1945, in Dulag, Leyte, Philippines to Hirotoshi and Gloria Raagas Fujita. At the age of nine, Nita, her mother and stepfather, Al Kirchner, traveled by steamship to the United States, settling in Cohasset, Minnesota, where she welcomed four younger sisters: Anita, Susan, Kay, and Bonnie. Nita excelled in high school, pursuing her artistic interests and passions, like when she won the Minnesota State Storytelling Competition. She also earned many other high school honors and accolades, graduating with a full college scholarship. She attended college at the University of Minnesota where she graduated with a Bachelor’s Degree in Elementary Education, with a Reading Endorsement, and was thrilled to begin her career teaching children. Later in 1993, she earned her Master’s Degree in Creative Arts.

Nita met fellow educator Michael Wright and they were married in 1970, and welcomed their first son, Christopher, four years later. The small family then moved to a remote, rustic cabin homestead on British Columbia’s majestic Seton Lake, where they grew their family to include a second son, Nathan. They headed south to Vancouver, BC, where their daughter, Anatalia (Ana) was born, then continued back into the States to put down roots in Bellingham, Washington.

Being a mother was Nita’s greatest happiness in life and she devoted herself to her children. When divorce made her a single mother, she worked extraordinarily hard to be involved in and supportive of her children’s activities and interests. She was also a dedicated educator, teaching various grades and subjects for 43 years, 29 of those in Whatcom County. She also taught in the Lynden Summer Migrant Program for 14 years. Her teaching philosophy was that “the best innovation is to use all the five senses, a tactile approach, with students… and to use food and its preparation to help teach measurement, self-esteem and confidence.”

When tragedy took both her beloved sons, within just months of each other, Nita pushed through her heartbreak and sorrow, continuing to teach for 11 more years and concentrating on being with Ana and family whenever she could. The mother-daughter duo loved traveling together — from the Caribbean to Jacksonville, Florida, to San Francisco (where she walked her first half marathon at 72!) and her birth home of the Philippines and Japan, where they reconnected with family and culture there. In 2019, Ana blessed Nita with a precious grandson, Roman, and she cherished being his “Lola.”

Nita’s bubbly personality made her the life of any gathering, whether playing Bunko, serving her famous fried rice or “bunny cakes” at Easter, “rocking out” at Zumba class or attending her favorite art, musical, school or charity event. Her favorite philanthropic cause was Ana’s PROJECT UCAN, which provided higher education scholarships for underserved youth, while honoring her brothers, Chris and Nate. Nita relished getting on stage and entertaining those supporters with her beautiful renditions of classic ballads and show tunes. Nita appreciated the peace of solitude, but she loved the joy of being with people!