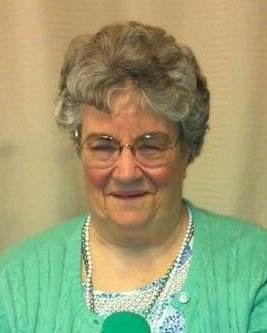 Mabel was born on June 26, 1932 in San Bernardino, CA to Allen and Mabel (Anderson) Lincoln. They later moved to Whatcom county where Mabel attended Lynden High School. On February 9, 1950, Mabel was married to Frank Henderson and together they had seven children.

She loved children, which was evident in her many years working as secretary at Everson and Sumas Elementary schools. She also tutored in her spare time. When her own kids moved away, Mabel would take the neighbor kids under her wing and bring them to church. A longtime member of the Nooksack Valley Assembly of God, Mabel was very active in her church and enjoyed supporting mission work. Mabel spent her final years at Christian Health Care Center where she attended every activity and got to know all her neighbors. Always a social butterfly, she was president of the resident council and active in the food committee. A lover of words and grammar, Mabel was very articulate and had an incredible memory for faces, names, and numbers. Her spirit, generosity, and love will be missed by all who knew her.

Mabel was predeceased by her beloved husband, Frank, in 2006; and her brother, Emil “Al” Lincoln.