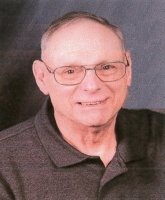 Lynn H. Holmes passed away on Sept. 6, 2013 at Whatcom Hospice House in Bellingham, WA after a long, hard struggle with cancer.

Lynn was born in Penn Yan, New York on June 27, 1937 to J. Frank & Vera Holmes. The family moved from New York State to Colorado in 1953. After attending Baker University in Kansas, Lynn attended the Iliff School of Theology in Denver and had a student charge at a small church in Oak Creek, Colorado, where he met his wife Verna Dunckley. They were married on Jan. 22, 1961. Together they raised four children; Scott Allen, Dennis Lynn, Wendy Sue and Christine Marie.

Lynn had many different jobs in his lifetime, retiring from the one he liked most at the Moffat County Sheriffs Department in Craig, Colorado in 2004. Lynn and Verna moved to NW WA State in retirement after falling in love with the area on several vacations. Lynn was very active with the Lynden Lions Club, where he served as secretary for several years and president for 1 year.

Lynns favorite job was being a father to his children. He was so proud of all their accomplishments. Lynn also has 10 grandchildren and 4 great-grandchildren.

In lieu of flowers, donations in Lynns name to the Lynden Lions Club, P.O. Box 997, Lynden, WA, 98264 would be most appreciated.

Memorial services will be held at a later date.