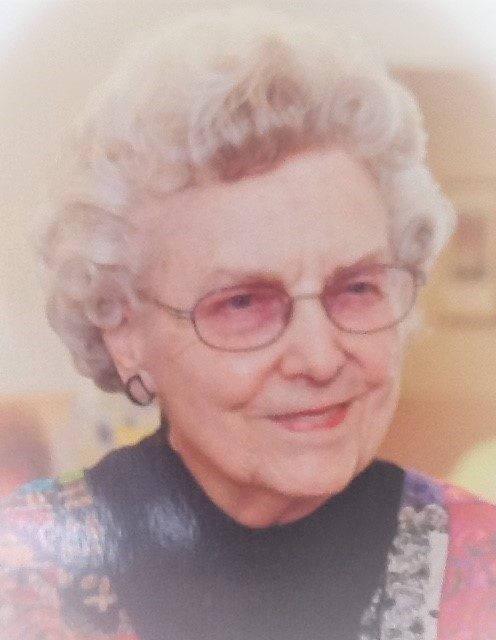 Luannis O’Neil peacefully finished her work on earth in the evening of Dec. 30 2020 and now is in the arms of her heavenly father and family. The last of 8 children of John and Grace Taylor of Lynden, WA., she was born at home on Jan. 22, 1922.  Being the youngest, Luannis was lovingly known as “Babe” and carried that name through adulthood.

It was Depression years, but John Taylor had a good job driving a new invention called a “road grader”.  He was good at it and he could fix anything so the large family was well provided for.  Much of the tradition growing up was Southern being as the family roots traced back to Tennessee.

As a young girl, Luannis started to catch the eye of a neighbor boy, William O’Neil, who had befriended her brother, but she always knew that she was the lure.  Luannis’s mom and dad liked Bill.  He was respectful, intelligent, and the finest of gentlemen and they supported their relationship.

Luannis and Bill married in 1942.  Eventually Bill left for the war while “Babe” stayed with family and soon their first child Meredith was born.  Together they became part of what has been called “The Greatest Generation”.  A second daughter, Erin joined the family after the war.

The young family spent time in Pullman, WA and back in Bellingham as Bill continued his education and eventual employment at Western Washington College.

Luannis was a gracious homemaker.  Their home was often the “go to” place for entertaining both Bill and Luannis’s family and friends.  Grandkids, nieces, and nephews were greeted with the homemade treats she kept on hand.  Thanksgiving, Christmas, and the annual Taylor Family Picnic were the highlights of the year.

After her retirement as a bookkeeper and Bill’s retirement from Western, they enjoyed a number of memorable vacations with childhood friends Ken and Billie Husfloen to Europe and to the family homestead in Tennessee.

Luannis loved gardening and began collecting and pressing flowers, eventually making beautiful cards for friends and relatives.  It was a great joy for her to create these artful designs.

Preceding her in death were her husband William, daughter and son in law Meredith and Bill Shuler, brothers Leonard (as a young child), Leroy “Jud” and Pansy Taylor, Floyd “Red” and Millie Taylor, Ralph and Doris Talor, Bill and Mavis Taylor, and sisters Beth and Owen Filer/Patmore, and Iva and Art Koster.

She is survived by daughter Erin and Don Moe and their children Luke Moe and spouse Michelle Sizemore, and Brita and Scott Morris. She is also survived by daughter Meredith and Bill’s children Wesley and Marit Shuler and Ryan and Jenny Shuler.  She also leaves behind 7 great-grandchildren and 2 great-great-grandchildren, along with numerous nieces and nephews whom she adored greatly.

We are forever grateful for the loving care that was given to Luannis by the entire team at Creekside Retirement Community, the many professionals of Hospice of the Northwest, and a special thanks to Kay from Home Instead.

Donations may be made to Hospice of the Northwest, 227 Freeway Drive Suite A, Mount Vernon, WA 98273.

A private family service will be held at Moles-Greenacres, 5700 Northwest Dr. Ferndale, WA.