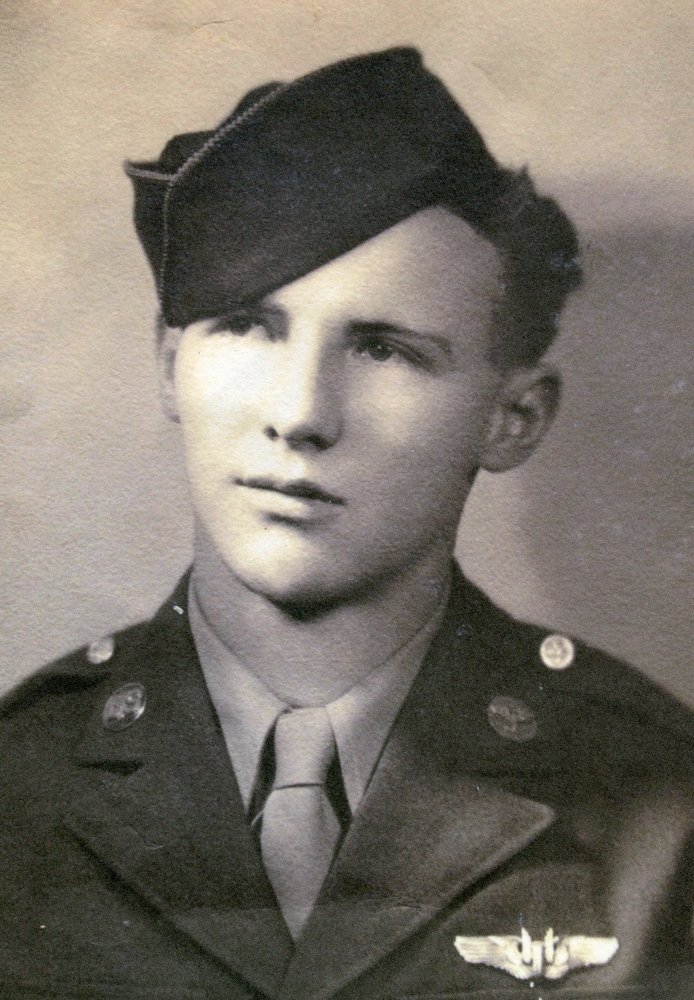 Mr. Loyd H. Bailey, of Ferndale, passed away peacefully on October 24, 2015 in Blaine Washington. Loyd was a lifelong resident of Whatcom County. There will be a family graveside service held Friday, November 6, 2015 at 11:00am at Enterprise Cemetery, Ferndale. Full Military honors will be presented to honor Loyd. There is a memorial gathering for all, following the burial at Moles Farewell Tributes on Main Street in Ferndale at 12:30 to 2:30pm.

Loyd was born on a small family farm in Ferndale, July 7, 1925 to Ernest and Lilla Bailey. He grew up in the hard times of the 1930s. He graduated from Blaine High school and when the war in Europe began, he joined the Army at 17. He soon became a flight crew member with the 494th bomb squadron 344th bomb group 9th bombardment division and was sent to England where he flew 44 missions in the B26 as an Aerial Gunner.

After the war, he married Betty M. Blowers on September 28, 1946. Loyd and Betty raised five children (Jerry, Tamela, Jim, Susan and Bill). They were happily married for the rest of their lives.

Loyd had an interest in machinery, which led to a long and successful career as a truck driver.
He loved his wife- the most important person to him, his small cattle farm, his old tractors, his childhood dog Gilmore whom he talked about for 70+ years, his projects, his equipment, people, and storytelling.

Loyd was preceded in death by his loving wife, Betty Mae Bailey & his daughter, Tamela Lowell. He is survived by his daughter Susan & three sons, Jerry, James & William; and numerous grandchildren and great grandchildren.