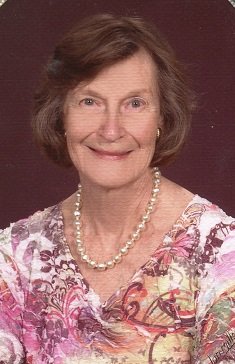 Louise Light Andrews, age 85, went to be with her Heavenly Father on Sunday morning, March 1, while at her beloved church in Bellingham, WA. She will be remembered by everyone who knew her for her kindness, beauty, grace and talent. She was a wonderful mother who didn’t speak unkindly of anyone, was always a calming presence, and was a loyal and helpful friend to so many.

Louise was born in Cornwall, PA to Elizabeth and Raymond Light as ‘Kathryn Louise.’ Her musical talent was noticed at an early age when she began taking piano lessons. She went on to become an extraordinary piano soloist and accompanist. In High School she took up the clarinet, bassoon and voice, playing in the marching band, singing in choir and accompanying and soloing on the piano. She attended Lebanon Valley College in Lebanon, PA, where she received her B.S. Degree in Music Education.

In the summer of 1952 Louise met the love of her life, Charles Andrews, while working as a waitress in Asbury Park, NJ. Although Charles was from the Bronx, NY and she from a small farming community in PA, their love grew and they were married in 1953. They settled in Westfield, NJ where Louise quickly became active with various music groups. She and Charles also enjoyed many sporting and outdoor activities together including tennis, biking, skiing, swimming and hiking. When the three children came along, they became the center of their lives, raising them with great love and introducing them to music, art, sports, Scouting, theater, the outdoors, Sunday school and doing for others. The family enjoyed many ski trips, YMCA summer family camps and trips to the Jersey Shore.

During her 35 years in Westfield, Louise was continuously involved with music, tennis and church activities. She was a long time member of the Presbyterian Church of Westfield, where she sang in the choir and often accompanied; the Musical Club of Westfield with which she soloed on the piano and accompanied vocalists and instrumentalists, and also served as President for two years; the Choral Arts Society with which she sang and accompanied; the Westfield Tennis Club, where she enjoyed many years of doubles tennis with Charles and other community couples. And, for eleven years she was the cherished accompanist of the Westfield Men’s Glee Club.

Louise moved to Roseland, NJ in 1995. She resided there until 2002 when she decided to move across the country to Bellingham, WA where she could be with her daughter, Carolyn and family. There she met a new community of musicians, neighbors and tennis friends. She became a member of the First Congregational Church and sang with the choir there. Louise enjoyed many years of doubles tennis at the Bellingham Tennis Club until just before she died. She attended concerts at the Mount Baker Theater, and also those held by the Bellingham Music Club. Her fingers stayed strong over the years, which allowed her to continue soloing and accompanying. Her audiences, big or small, family or community, were always delighted and very moved by her beautiful performances.

One of the greatest joys of Louise’s life was her five grandchildren, three children and two son-in-laws. She loved spending time with them and delighted in their many activities. Louise never missed a choir performance, tennis match, soccer tournament, basketball game, piano or dance recital, and even flew to Santa Cruz for special theatrical and piano performances! Nothing made her happier than being with her family, and she delighted in every opportunity to do just that.

Louise was preceded in death by her husband, Charles Andrews, in 1985, and her brothers, Harold and Warren Light. She is survived by her son, Tom Andrews of Bellingham, her daughters and sons-in-law, Carolyn and Jim Troutman of Bellingham, and Joan Andrews and Bruce Maurier of Santa Cruz, CA. She is also survived by her five grandchildren, Andrew, Elias and Kate Troutman, and Max and Jesse Maurier, as well as five nieces and one nephew, Grace, Cynthia, Skip and Sylvia Light, Betsy Barrett and Barbara Wesenberg.

A memorial service will be held at the First Congregational Church in Bellingham, WA on March 30, 2015 at 2:00 pm.

In honor of Louise’s support of the Music Clubs of Westfield and Bellingham, which offer scholarships to exceptional high school and college music students, the family asks that any donations be made to one of the following:
The Bellingham Music Club (or BMC) Student Awards Fund, P.O. Box 193, B’ham, WA 98227
The Musical Club of Westfield (memo line: Scholarship Fund,) 806 St. Marks Ave., Westfield, NJ 07090