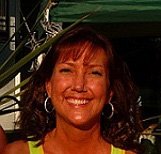 Lori Ann Daniels passed away on July 30,2012 after a long battle against two diseases. Lori was surrounded by her parents, brother and close-knit family at the time of her passing. She was born on May 20, 1967 to Larry and Sandra (Boutwell) Daniels in Bellingham, Washington. Lori attended local schools and graduated from Bellingham High in 1985. She attended North Miami Beach Travel School and later worked for Classic Travel and Kailani Travel. After leaving Kailani Travel, Lori worked for the Alaska Ferry System at the Cruise Terminal where she won the Employee Excellence Award from the Port of Bellingham in 1997. Lastly her most important job was raising her son Luke.

A visitation will be held Thursday, August 9th from 4:00 p.m. to 8:00 p.m. at Moles Farewell Tributes, 2465 Lakeway Dr. in Bellingham. A funeral service will be held Friday, August 10th at 1:00 p.m. at Moles Farewell Tributes in Bellingham. In lieu of flowers, donations may be made to Whatcom Hospice or Humane Society Animal Shelter. Please sign the online guest book on the memorial and share your memories of Lori.