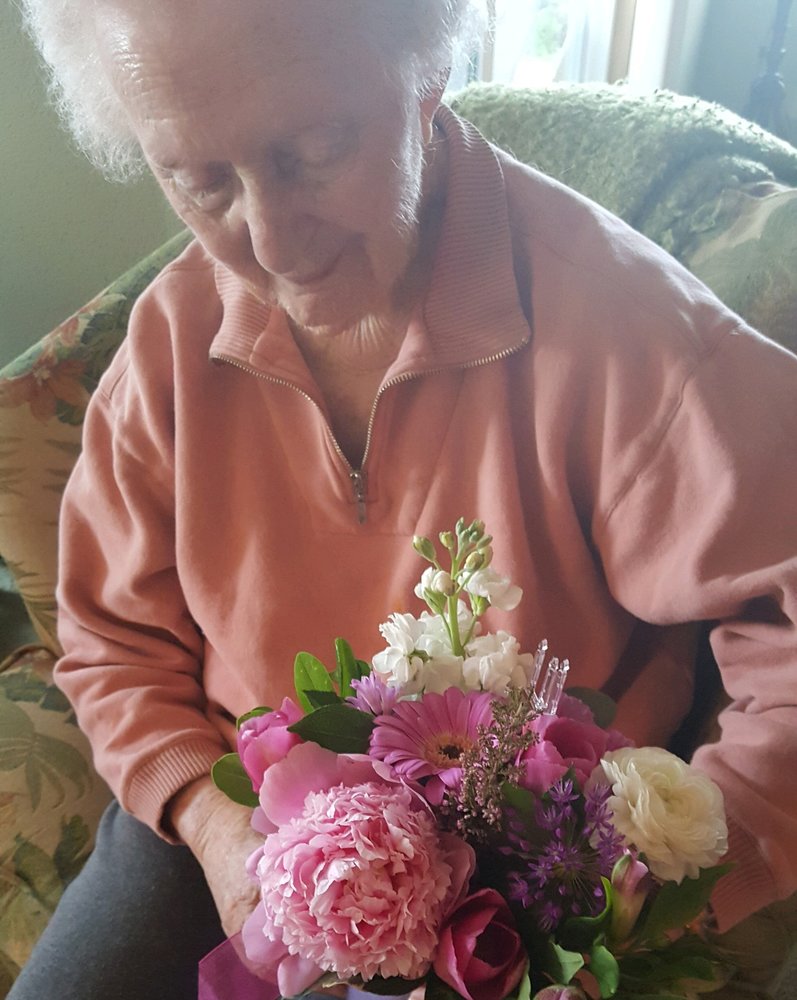 After a long life, well lived, Lois Smith passed away peacefully on November 24, 2017 at Hospice House.

Bellingham was her birthplace and life long home. Born to Louis F. Westby and Sadie Reid Westby on June 29, 1923, the oldest of two daughters. She spent her childhood days on the shores of Lake Whatcom at several relatives summer homes with Grandparents who immigrated from Norway. Lois began playing the piano at an early age and in her adult years played for the Sunday School services at Faith Lutheran Church.

After high school she attended Bellingham Business School and worked in the insurance and later Title Insurance industry for over 30 years. She thoroughly enjoyed her career and working alongside the real estate community.

When Lois’s family moved to Dean Avenue, she would not know that she would later marry her neighbor W. Vann Smith. High school sweethearts, they married in 1945 when Vann was on leave from the US Navy. Their two mother’s picked summer blooms from their gardens and decorated the church for the ceremony on August 1, 1945. The war ended while they were on their honeymoon in Victoria BC. Lois often shared the story of what a celebration is was!

Lois and Vann spent 54 happy years together and raised three children. She was a charitable person. While raising her children, she volunteered with the March of Dimes, held the position of Treasurer at Faith Lutheran Church and was involved with the Auxillary of St. Joseph’s hospital.

She was a beautiful seamstress, knitter and completed countless needlepoint projects.

During very active retirement years, Lois and Vann (along with a merry troupe of dear friends) would make an annual two month trip to Kauai and Maui. This tradition lasted for 40 years. In addition, anytime a sightseeing trip would present itself, they were on board. They visited many national parks and monuments, as well as travelling to the East Coast states of Massachusetts, Vermont, Maine and New York. Vann and Lois both loved trips to Reno and later the local casinos were a popular pastime.

After Vann’s passing, Lois moved from the family home that they built and enjoyed 17 years watching the sunset over Bellingham Bay in the condominium that made her feel so content and blessed as she was always quick to point out and appreciate.

We were blessed to have a Mother and Father that gave us memories to last our lifetimes. Always showing us love and setting good examples for us to follow and form who we are today.

We know she’s joined Daddy and we’ll see them when our time comes.

5 responses to Lois A. Smith