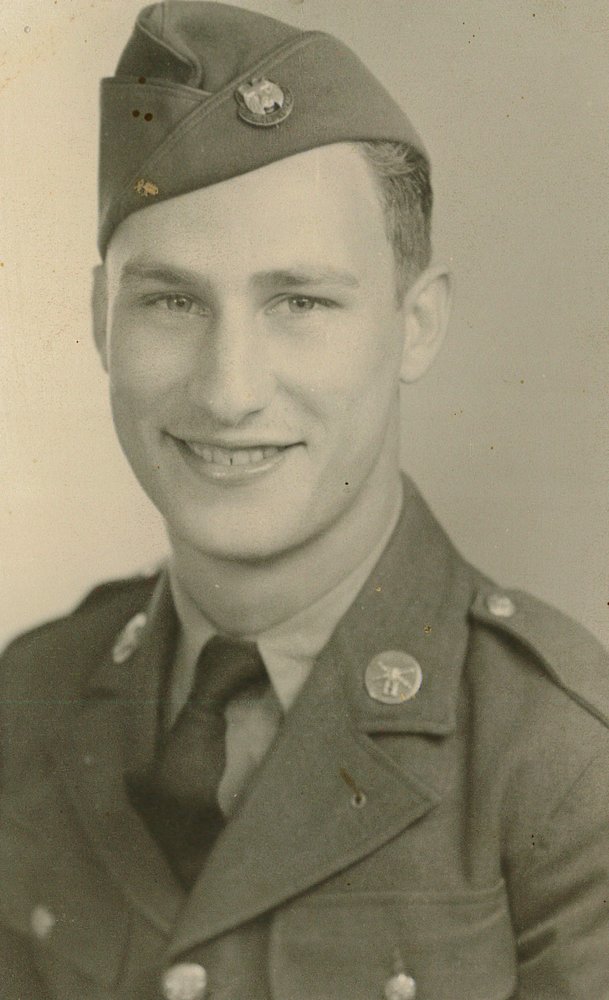 Leonard Jacobson, age 94, of Ferndale, passed away in Bellingham on October 9, 2015.
He was born on July 31, 1921 in Bruno, Minnesota to Edward and Elsie (Eberly) Jacobson.
In 1942, he and Clara Leibrant were married.
Leonard enjoyed fishing, hunting, and traveling in his RV.
He was a member of the American Legion Post #154 and the Disabled American Veterans.
Leonard retired from his commercial laundry business after 14 years.
Survivors include his wife of 73 years, Clara Jacobson; his daughter, Kathleen Preston; his granddaughters, Toni Storie and Stephanie Stone; his great grandchildren Travis Stone, Tucker Stone and Raven Storie; and numerous nieces and nephews.
He is predeceased by his mother Elsie; step-father Elmer Jacobson; brothers Ervin and Edwin Jacobson; and sister Lucy Beanblossom.
A graveside service followed by a reception will be held Tuesday, October 13th at 11:00 am at Greenacres Memorial Park in Ferndale.
The family would like to thank the staff at Alderwood Park Health and Rehab Center for their care and support.
Memorials may be made to the American Legion.