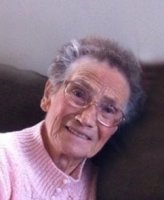 Lena worked in the banking industry for over forty years. Starting at ONB, and then Northwestern Commercial Bank and retiring from US Bank as Operations Manager. She cherished her co workers and treated them like an extended family.

Lena always loved spending time with family. Many relatives remember all the wonderful celebrations that she and Robert had in their home and how special those times were. She also enjoyed gardening, travel, camping, and square dancing. Lena and Robert regularly attended events at the Elks and Moose lodge.

Lenas family would like to thank Whatcom Hospice House for their kind care.

A memorial service will be held Saturday, October 5, at 2:30 PM, at Moles Farewell Tributes-Bellingham. Donations Information

In lieu of flowers, memorial may be made to Whatcom Hospice House.