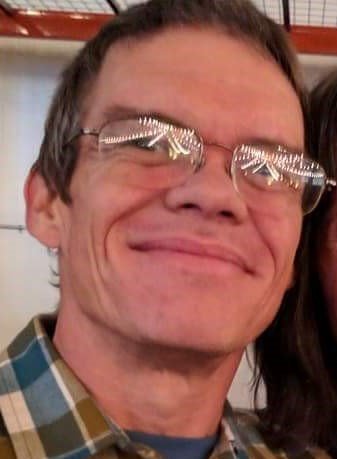 Kurt Thompson of Maple Falls, WA passed away suddenly on Dec. 31, 2017 at the age of 52. He is survived by his wife Cheryl Thompson and their beloved basset hound, Sarge of Maple Falls, his parents Ron and Lillian P. Thompson of Oxford, CT, Aunt and Uncle Peter and Kay Thompson of Waterbury, CT, Aunt Elsie Hall of State College, PA, Mother and Father-in-law, William and Anja Ridder of Abbotsford, BC, Brother and Sister-in-law Jonathan and Rachel Ridder of Mission, BC, Nieces Taylor Campbell and Reece Ridder of Mission, BC, and numerous cousins in both CT and PA.

Kurt was born on Feb. 6, 1965, the only child of Ron and Lil Thompson, in Derby CT. He was a bright and curious child who was a gifted student, but also a good athlete. He played hockey and golf throughout his childhood and was awarded a hockey scholarship to attend Taft School for Boys in Watertown, CT.

While attending Taft, Kurt became acquainted with the music of the Grateful Dead, a life changing experience for him. He traveled all over the country attending concerts, which led him to move to Crested Butte, CO where he fell in love with the mountains and studied geology at Western State in Gunnison, CO. He then moved to Bellingham, WA, where he intended to study geology at WWU. However, he studied the teachings of George Ohsawa and Macrobiotics. In 1995 he became roommates with Cheryl Jones. The fell in love with each other and were inseparable. In 1999 they bought property in Maple Falls and married in 2001.

Kurt was passionate about natural foods and believed strongly in the healing power of healthy natural foods. He studied at the Vega Study Center in Chico, CA, taught cooking classes at the Community Food Co-op in Bellingham and spent time with anyone who was interested in learning about natural foods cooking and preparation. In 1999, along with Cheryl, Mike Lane and Erin Suda, he opened 7 Loaves restaurant in Glacier, WA with a menu focused around organic, locally sourced ingredients.

Kurt loved to travel and learn about other cultures. In 1980 he traveled to Norway, Sweden, and Finland with his Taft School hockey team and loved to prepare traditional Swedish foods from his own Swedish heritage. He also taught English in Thailand and Japan and enjoyed the people, their customs and learning their languages.

Kurt had a wonderful laugh, a beautiful smile, and a light within him that impacted people around him. He was highly intelligent, but also very sensitive and concerned with the issues of social justice and equal access to opportunities for betterment. He volunteered for the Foothills Food Bank and served as co-chair for the Community Council for the East Whatcom Regional Resource Center. He believed strongly that education, community involvement, and caring for one another is what is needed to improve the quality of life for all beings. His light and vision will be sorely missed by all of us.

Memorial Donations can be made to the Foothills Food Bank, 5568 Mt. Baker Highway, Deming, WA 98244.