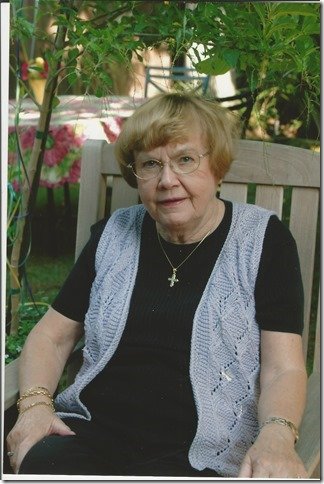 Kirsten met her husband Harald Pfeil before he immigrated to USA in 1950. Upon returning to Denmark for a visit, Harald married Kirsten on January 18, 1958.  They both moved to the United States where they lived in Montana for four years before moving to Lynden, in 1963. Kirsten assisted her husband with bookkeeping and the administration of the family business.  In 1991, Harald and Kirsten moved to Birch Bay Village. They still attend Hope Lutheran Church in Lynden.

Survivors include her husband, Harald, of the family home, son Jesper and wife Jackie, of Blaine, daughter Tina Kenefick,  husband James, and their children Connor, Aidan and Rowan of Pacific Palisades, California.

Kirsten is preceded in death by her parents Johanne and Sigurd and brother Hans.  She is survived by her brother Ole and several relatives and friends in Denmark. Services will be held at Hope Lutheran Church in Lynden on Thursday, August 13 at 2pm.  Memorials may be made to Hope Lutheran Church, 900 E Grover Street, Lynden, WA, 98264.