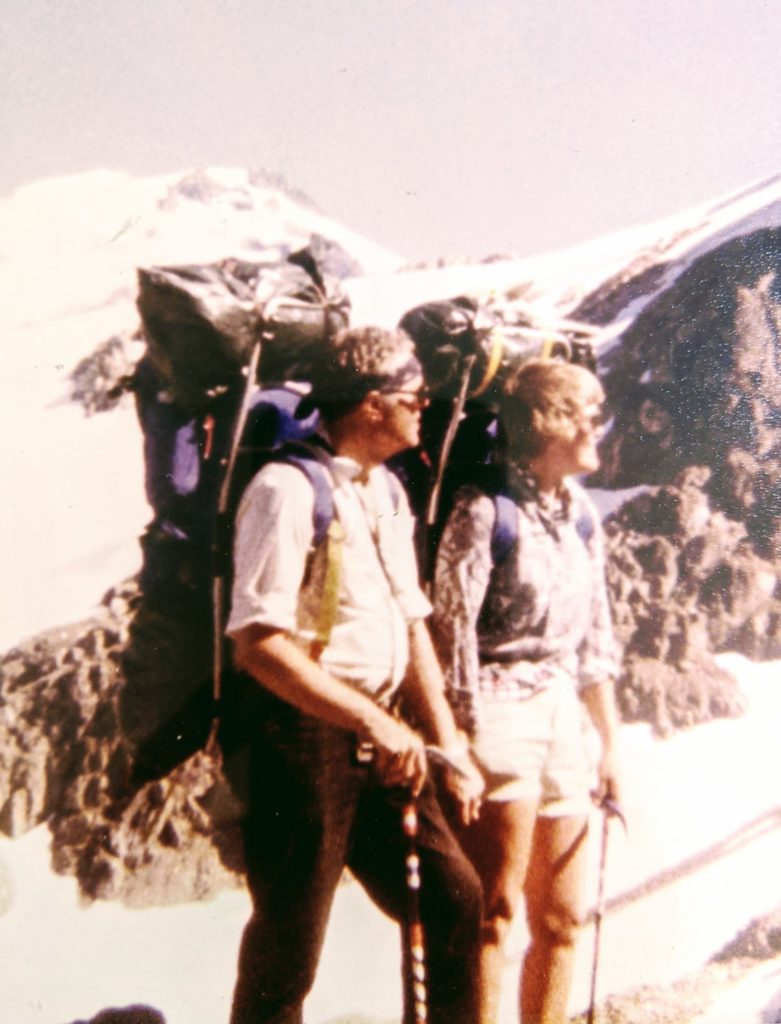 Kenneth Earl Forbes, of Lynden, Washington, passed away on Wednesday, May 6, 2020. He was 87. Ken was born in Olympia, Washington, the only child of Carl and Lois Forbes. His father was a housepainter and general contractor, and he loved to tell stories about his summers spent painting houses together with his dad. His mother was a homemaker, bookkeeper, and enjoyed volunteering at Ken’s school. It was interesting to him that he ended up spending the last years of his life in Lynden, because he had memories of visiting his aunt there as a child at a boarding house she ran.

When Ken was about four years old the family moved to Tacoma. After graduating from high school there in 1950, he went to business college and began working. In 1952 he joined the Air Force. A year later he was assigned to RAF Station Kirknewton in Scotland, just outside of Edinburgh. His job involved working in classified communications. He often spoke of his time in Scotland and how much he loved it there. He wasn’t fond however of referring to himself as a veteran, because he felt the time he served did not compare to that of so many others during that time. He felt being honored for that time he considered fun and easy was disrespectful to the many others whose time spent serving was quite the opposite.

After Scotland he returned home and enrolled in Pacific Lutheran College. Three years later he transferred to Central Washington State College and graduated in 1960 with degrees in education and administration. Ken taught sixth grade in Centralia for two years, and then had the opportunity to return overseas. This time he spent two years teaching at an American Army base outside Stuttgart, Germany. It thrilled him that his great-niece had recently spent time studying in that same area and would often ask about her adventures there.

Upon his return home, Ken resumed teaching sixth graders in Centralia. It was during this time that Ken met his future wife, Beverly Anderson, at a party while playing volleyball. She had grown up in Blaine and was a teacher in Renton. Both Ken and Bev had no thoughts of marriage, but when hit Ken in the face with the volleyball he thought to himself, “now that’s a woman I could be interested in”. They had their first date on Ken’s birthday in 1967 and announced their engagement two months later.

Ken and Bev made their life together in Renton, both teaching in the area. Playing tennis, traveling, hiking, camping, golfing and kayaking were favorite pastimes they shared together. Ken studied the history of gold mining in the western U.S. and Canada, and together they traveled to many historic mining and ghost towns. Some of Ken’s other hobbies were fishing, photography and collecting stamps. The pair also shared a love of animals and were blessed with the love of three cocker spaniel companions during their life together.

The pair had a summer cabin at Semiahmoo in Blaine, Washington, which Ken spent endless hours working on and improving. He loved to use the carpentry skills he’d learned from his dad to care for that special place. Decades of special family gatherings occurred at the cabin, with countless beach fires, clam digs and many more agates collected than could be counted. They shared their cabin generously with family and friends, creating priceless memories for generations of loved ones.

In the latter part of Ken’s teaching career he was a pioneer and a champion for students in a new way. He took on the task of being a home tutor, a brand new concept in the early 1980’s. He worked one on one with students who could not attend school for one reason or another and helped them to achieve completion of their high school education. He was especially proud to have helped young teen mothers who would have previously been sent away to figure things out on their own, as well as students who had experienced incarceration. He truly believed everyone was entitled to an education.

Ken continued to teach until his retirement in 1994. Early in his retirement he did a lot of volunteer work for Renton Technical College, Bellevue Community College and The Museum of Flight, where he enjoyed giving tours. When his wife also retired they did a lot more traveling, seeing much of Europe and Iceland. In 2012 they moved to Blaine to be closer to family and to enjoy a slower pace of life. Ken enjoyed stamp collecting, being near a university town and his study of the western world; Bev had hoped to write more books. Sadly, his beloved life partner became ill shortly after the move and passed away in early 2013.

Ken moved to Lynden Manor shortly after that. He stayed busy by exercising daily, spending as much time as possible outdoors and enjoying Sudoku puzzles. He was responsible for the bulletin board in the activity room and took great care and pride in updating it frequently. Ken looked forward to daily phone calls from his sister-in-law Judy, and commented frequently as to how much they meant to him. Ken also enjoyed going for drives with his niece and great-niece to take in the fresh salty air of Birch Bay and study the beauty and mystery of the clouds, all while enjoying a chocolate milkshake. He recently described such a trip as the perfect day.

Ken is survived by his sister-in-law(s) Arlene Anderson of Olympia, Audrey Block (Jim) and Judy Dunster (Gary) both of Blaine, and numerous nieces, nephews, great-nieces and great-nephews and the hundreds of lives he changed through education. Our dear Uncle Ken’s ashes will be spread in the bay in front of their beloved cabin during a private gathering of family. Always a quiet and private man, his wishes for “zero fuss” will be strictly observed. Nothing else would seem right anyway.

Memorials in Ken’s name may be made to Whatcom Humane Society, Bellingham, WA or Free Church Unitarian, Blaine, Washington.