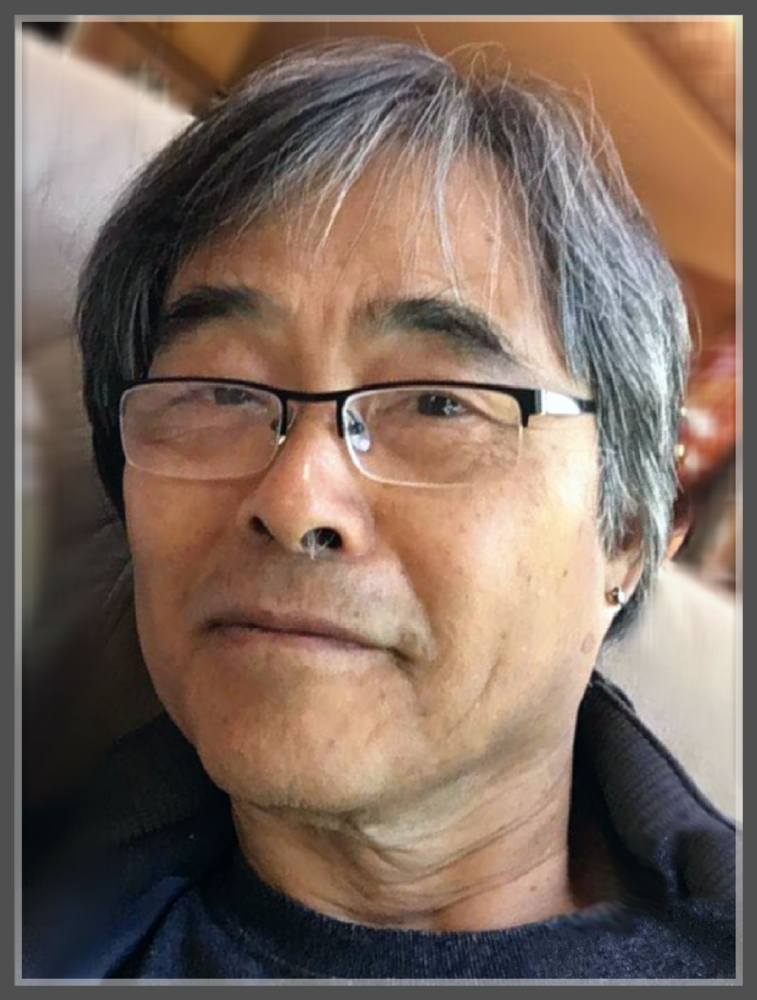 Kenji-Bernard Tachibana was born 12 April 1943 in Tokyo, Japan. His mother Alice Fumiko Tachibana Kawabata, a third-generation American, was travelling overseas with her husband Tahei Tamura when World War II cut them off from home in Los Angeles. A war child, Kenji survived the bombings of Tokyo, and was 80 miles from the Hiroshima bomb that ended the war. Kenji, and his father before him, both succumbed to the devastation of brain cancer.

In 1952 Kenji was able to rejoin his family in the States. After graduating from L.A. High he joined the U.S. Air Force, serving as an air policeman in both South Korea and Kyushu, Japan. Back in the States in the early 1960s, he graduated from Art Center in Pasadena with honors in fine arts. He established commercial photography studios in L.A. with Jim Woods and Stan Tropp. He and first wife Bobbi Siminosky had a son, Eric. By 1981 Kenji had moved to Seattle, Washington where he established Okumo Studio, and later Tidemark Communications with Marlin Greene, extending beyond photography into glass art and graphic design services. In ‘retirement’, for nearly a decade Kenji taught digital photography storytelling at North, Central, and South Seattle Community Colleges.

Kenji served on the boards of the Japanese Language School PTA, Seattle Betsuin Dharma School, and the C.G. Jung Society of Seattle. He developed White Lotus Media and the EcoSangha with reverend Rinban Don Castro. He also shared his enjoyment of Yang style tai chi, pickleball, enhanced fitness, and bocce with friendship groups in Seattle and Bellingham.

Kenji was cared for in the past two years by the Peace Health Cancer Center, Eden Home and Health Care, and Whatcom Hospice, supplementing the devoted care of Debra, his wife of 37 years, and loving daughter Sarah. They held hands throughout the final days and hours of his life. He had a close view of snow falling in their Japanese garden, the sounds of a crackling fireplace and environmental music, and the delicious tastes of traditional foods.

Kenji was not afraid. He accepted the increasing frailty and disability of his body and, although dying was difficult, he rarely complained. He was a kind, appreciative, and precious man who loved to see through the lens of his ever present camera what others did not, and to share with us his love of light and beauty.