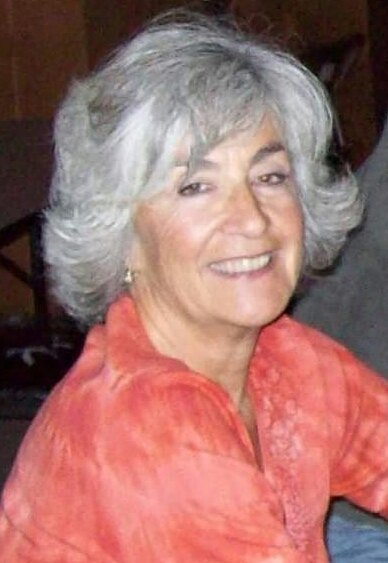 Kathleen Marie (Kinley) Hurn, member of Lummi Nation, passed away peacefully on November 28, after a courageous battle with pancreatic cancer. Kathleen was born in Bellingham, Washington on November 10, 1944, the only daughter of George “Floyd” and Mildred Mae Kinley. She lived on the Lummi Reservation for eight years as a child.

During this wonderful life, Kathleen excelled in her roles as wife, mother, aunt, grandmother, and friend. She pulled people to her and passed along her enthusiasm for life. Kathleen was an active member in the Concrete Community, Shepherd of the Hills Lutheran Church, and Concrete Lions Booster Club. She enjoyed attending athletic events and supporting the Lions throughout her lifetime.

Kathleen was very competitive and was an avid golfer, hiker, and biker. She earned 1st place in her age group competing in her first half-marathon at age 73. If she put her mind to it she would achieve it! She enjoyed traveling; visiting many places with great friends. Kathleen was a huge fan of University of Washington Husky Football; attending season games at home and away, numerous post season bowl games, and achieved her goal of attending a Husky game in every Pac-12 stadium.

Kathleen was preceded in death by her parents and her brothers Ed and James “Butch” Kinley.

Kathleen is survived by her husband of 56 years, Short Hurn, daughter Shelley Ferguson and her husband James Ferguson, daughter Wendi Hurn, son Darren Hurn, three grandchildren, 2 great-grandchildren with one due any day, and special friends Don and Laura Fead.

The family would like to thank the staff of the Seattle Cancer Care Alliance, the University of Washington Medical Center, and Whatcom Hospice House for their care and devotion. Seattle Cancer Care Alliance and its staff was devoted to providing the best care to allow Kathleen to live her life to the fullest. Special thanks to Dr. Cohen and Molly Arnold at SCCA and Dr. Jay Brahmbhatt at UW Medical Center for their professionalism, care, and unending devotion to our wife, mother, aunt, grandmother, and Gigi.