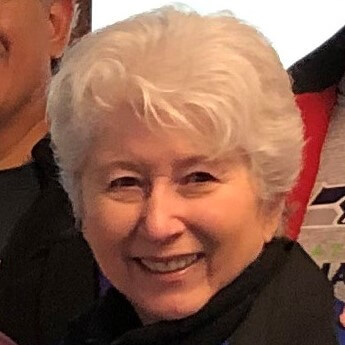 Kathleen “Kathy” Louise Edwards passed away on July 14th, 2019 after a short illness. Kathleen was born in August 1943 to George and Elizabeth Edwards, life-long residents of Bellingham. Kathy was the 3rd born with older brothers, Richard and Michael, and younger brother, Robert. Kathy attended Assumption Catholic School where she formed life-long friendships with her classmates and graduated from Bellingham High School in 1961.  After graduating, she moved to Seattle where she started a family. Kathy had raised two daughters in the Kirkland-area and continued her adventure for life by traveling the world where she lived for some time in Indonesia, Israel, and Switzerland. In later years, she returned to her home in Kirkland where she could be close to her brothers, daughters, and grandchildren.

Kathy is survived by her brothers, Michael and Robert, her two daughters, Margaret and Michelle, and three grandchildren, Erika, Laura, and Nick. Kathy will be greatly missed by her family and friends.

Kathy passed away at Whatcom Hospice House surrounded by childhood friends and family and was laid to rest at Greenacres Memorial Park. Donations in her honor may be made to Whatcom Hospice in Bellingham.