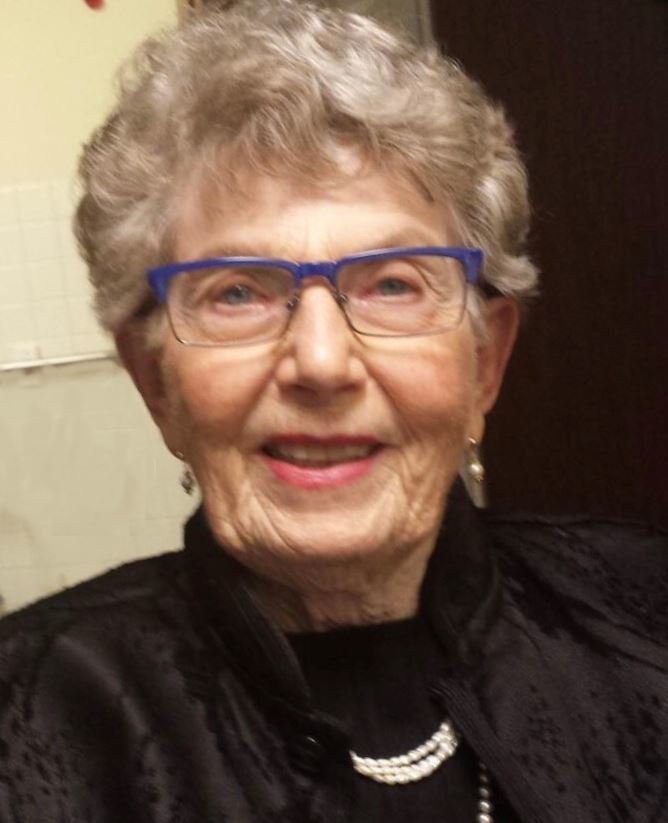 Katherine Ann (Davison) Graves, 94, passed away peacefully surrounded by her loving family on Jan. 27, 2019, at her home at Emerald Heights Retirement Community in Redmond, WA.

Kathy was born Dec. 10, 1924 in Seattle to William Henry Davison and Eva Louise Anderson Davison. Some of her best childhood memories were of taking art classes and swimming in Greenlake. She attended Lincoln High school, and the University of Washington where she was a member of Alpha Delta Pi sorority.

It was at the University of Washington where she met the handsome naval officer, Jack Graves on a blind date. They were married March 8, 1946 and headed to their first Navy post as a couple in Philadelphia. Twenty years in the Navy took them to many interesting places from Rhode Island to California, Hawaii and Florida and allowed them to make many great friends. Their family grew with the addition of five children, each born at a different base. Kathy always joined each new community and created a beautiful home and garden for her family. When Jack retired from the Navy and went to the Boeing company, they moved back to their home city of Seattle.

With children in school, Kathy was able pursue her love of painting and teaching art classes for children and adults. A talented artist, she continued to paint and study with many outstanding artists including the well-known Russian American painter Sergei Bongart. She was a signature member of the Northwest Pastel Society and her paintings were shown throughout the Seattle area, including the Frye Museum. When her last child graduated from college, Kathy decided she also would like to complete her college degree. She graduated from Western Washington University with a degree in creative writing and illustration.

A celebration of her life will be held at 3 p.m. Feb. 23 at Emerald Heights in Redmond.