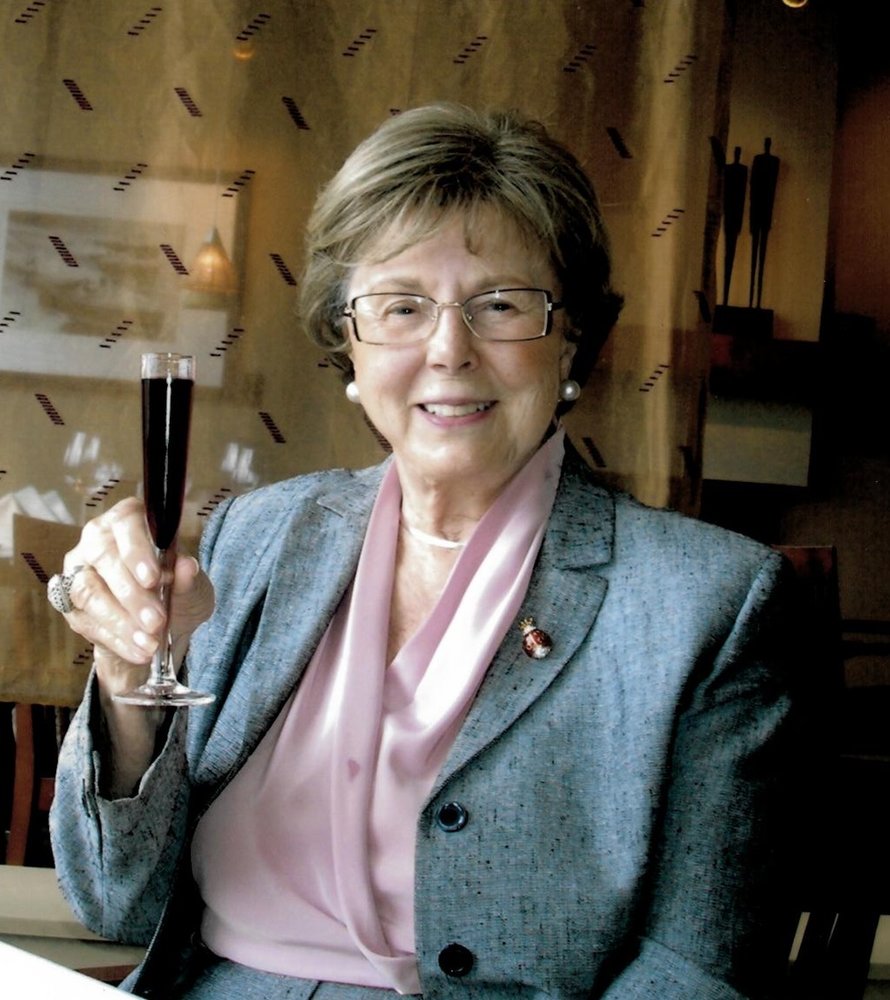 June Martina Hinton, age 94, passed away peacefully on January 17, 2018 surrounded by family. June was born June 24, 1923 in Tompkins, Saskatchewan, Canada. June was the youngest of five children born to John and Amelia (Knutson) Falstad, pioneers of the Province. Growing up during the drought of the thirties and the Depression, she developed a strong work ethic. She never forgot what it was like to be poor. Starting off earning money by doing housework and ironing she learned how to save. She did well in her life and was generous to many.

After graduating high school, she took a business course and started work at the Royal Canadian Airforce Base # 6 EFTs. After the war, the base closed, and she moved to Moose Jaw, Saskatchewan. She was employed by British American Oil and in 1946, she transferred to the Vancouver office.

In 1947, June married Alvin Hinton and moved to Bellingham where they raised four daughters. June continued to work while raising her family. She worked for Dr. Ralph Taylor and a short time at JC Penney’s. After a couple years in Spokane while Alvin attended school, they returned to Bellingham. June was hired by the Bellingham Herald as Advertising Executive, earning awards for her innovative layouts. After 27 years at the Bellingham Herald, June retired in 1986. She was always dreaming up new projects, so the Candle Tree Apartments were built. She decided to sell real estate and did so for 15 years. Her love of travel inspired her to open a travel agency with her daughter Sandra: Topline Travel.

The love of travel took her to many places: three trips to Norway to look up family members, three trips to continental Europe, one to Greece and China, numerous trips to Hawaii, several cruises, made it to Egypt with her grandson, and last of all a trip last summer with her daughter and son-in-law back to the place she was born, Tompkins Saskatchewan.

We will always remember June’s smile, a comment I have heard so many times. She had a zest for life. She provided well for her family, from summers at our Birch Bay cabin to Sunday drives in the Ford Fairlane. In my mom’s own words: “I have been a busy mother, I worry constantly about my family. I don’t want anyone to be poor I know what that is like. I never beat my children. They didn’t have excessive toys, but they had lots of pets.”

June was a member of First Congregational Church, the Discovery Circle, Bellingham Golf & Country Club where she was a regular at the bridge table, Harborview Lions Club, and a 52-year member of Beta Sigma Phi whose members have been her good friends all those years.

June was preceded in death by her husband of 51 years Alvin Hinton in 1998, her daughter Sandra Fjellman in 2004, and son-in-law Thomas Wheatley III in 1988. She is survived by daughters Susan Wheatley of Bellingham, Deborah & Fred Price of Ferndale, Lisa Hinton Price of Bellingham, 11 grandchildren, 10 great-grandchildren, and 1 great-great-grandson.