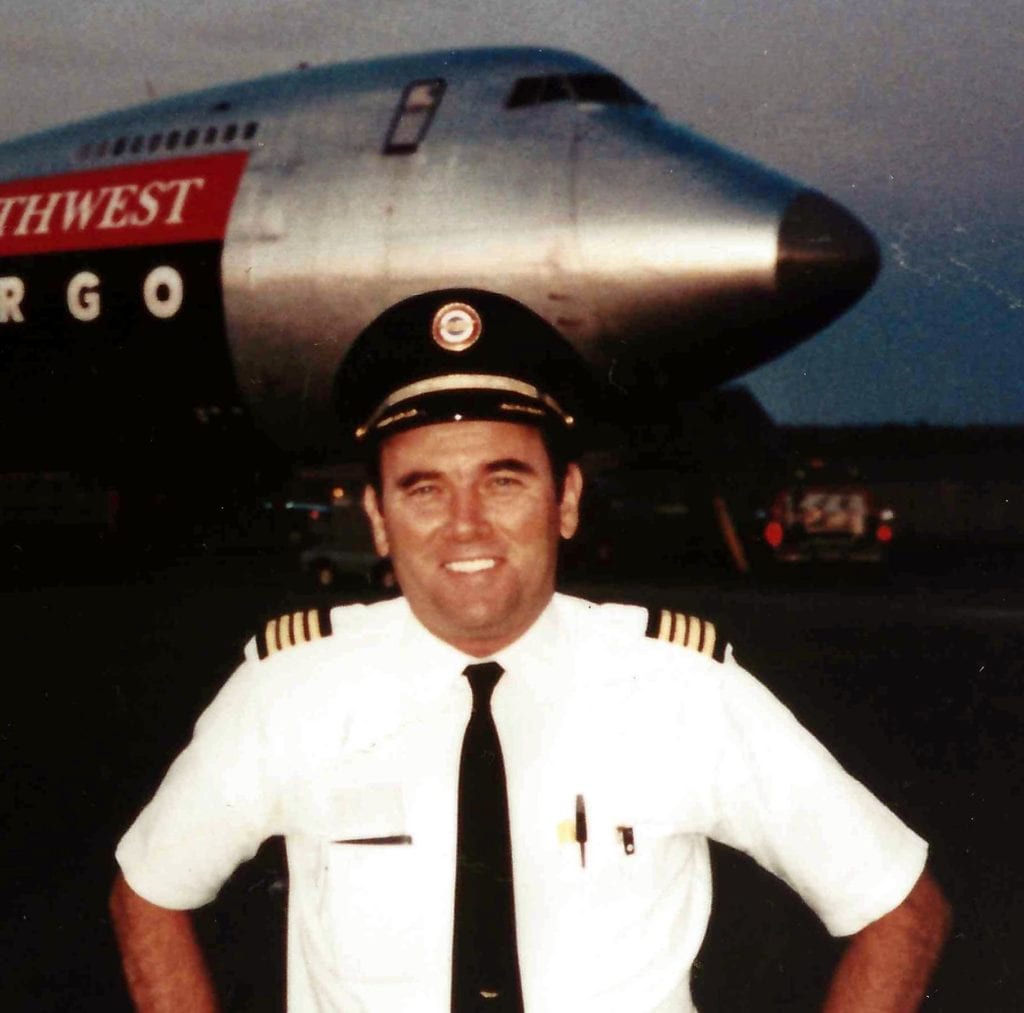 On the morning of July 24th, 2019, surrounded by his loving wife of 39 years and their three grown children, Joseph “Ned” Best passed away at his home at the age of 78.

Ned was born an identical twin on October 28th, 1940, in Tulsa, Oklahoma to Samuel and Helen Best. He earned Bachelor of Arts and Science degrees from the University of Tulsa in 1962. Between the academic school years, he found summer work fighting wildfires in Idaho, where he fell in love with the Pacific Northwest, vowing to someday make it his home.

On August 24, 1962 Ned enlisted in the U.S. Air Force where he achieved the rank of Captain. Ned was released from active duty and given an Honorable Discharge on December 6, 1967. His last duty assignment and major command was the 407 Air Refueling Squad (Strategic Air Command).

Not one to sit still, Ned began his long and gratifying career as a commercial airline pilot for Northwest Airlines in 1967. To know Ned Best of Northwest Airlines, meant you also knew Paul Best, his identical twin, whom he convinced to abandon police work, learn to fly and join him in applying for work as a pilot. Hired in the same class, Paul received one seniority number higher than Ned, by reason of Paul being born five minutes earlier. The twins flew for Northwest for 33 years, retiring on their 60th birthday, flying one of the biggest planes in the world, the Boeing 747. Ned’s passion for flying continued after retirement as a member of the Blackjack Squadron. The Blackjack’s are comprised mostly of retired aviators whom fly various versions of the Van’s Aircraft kit planes. Many memorable moments were made by those adventurous enough to join Ned in his RV6 for hammer head stalls and aileron rolls.

As the planes got bigger, and the schedule got better, he made good on his promise to return to the Pacific Northwest and made Seattle his home. Ned met Washington native and Alaska Airlines flight attendant Sally Meranda in 1979. Undeterred by her statement, “I don’t date pilots,” he quickly proved to her he was no regular Joe, and they wed February 6th, 1980 at the courthouse in downtown Seattle. Ned and Sally raised two daughters, Sara and Corie, and son, Sloane, in Redmond, WA, where they resided until 2017.

Ned was diagnosed with Parkinson’s Disease in 2001. His positive and gritty character pushed the outer limits of the illness. He lived for 18 years with this insensitive disease, yet never uttered a word of self pity. He lived every day with a smile, humor, and love. He watched all three of his children marry and have children of their own. Sally fiercely fought the struggles that came as his condition worsened. She stood by him, cared for him, and will love him until the day they are reunited to rest in peace.

Ned will be remembered for his exuberance for life. He truly loved it. He was a voracious reader with an encyclopedic mind. A student of history, especially WWII, he enjoyed all subjects and could converse with anyone about anything. He repeatedly won Jeopardy from his living room chair each evening. He was a clever poker player and a good artist. He loved to hunt, fish, boat, and teach. Teaching his kids all the things in life to enjoy and appreciate was Ned’s favorite things about being a parent. So much in fact, on a sunny day boating on the Potholes Reservoir, he taught his children ages 12 and under, to watch for other boats, hold the safety flag when he was in the water, and punch the gas when he yells “hit it!” He said seeing the faces of his three little kids looking back at him as they took him water skiing was one of his favorite moments in life.

Donations in his name can be made to Hospice Care of the Northwest in appreciation for their care and support for those in need.
https://www.hospicenw.org/how-you-can-help/make-a-donation/

Burial
On August 30th, 2019 in a private family event, the loss of his life will be mourned and a military salute will honor his service as he is laid to rest among fellow veterans at Greenacres Memorial Park.
5700 Northwest Dr, Ferndale, WA 98248.