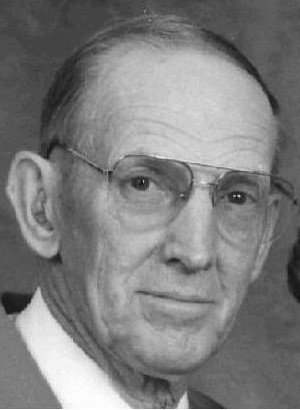 On February 22, 2018 Johnny Weidkamp went peacefully into the loving arms of his Lord and Savior with his wife, Althea, at his side. Johnny was born October 18, 1926 to Harold & Sena (Verduin) Weidkamp. He proudly served in the US Merchant Marine during WWII. Following his service he returned to his home in Lynden and completed his schooling, graduating from Lynden High School. Johnny married Althea Price on October 16, 1948.

Johnny was an honest and hardworking man, a bricklayer by trade, building many beautiful fireplaces in and around Whatcom County. His handiwork can be seen at the Veterans Memorial in Lynden. He always had a project to work on. Johnny and Althea built, owned and operated the KOA campground in Burlington. In their retirement they served the Lord with RVICS (Roving Volunteers In Christ Service). The 25 projects they worked on, from Washington to Texas, included Christian camps, schools & colleges. They volunteered for over 20 years at the Lynden Museum. Throughout his life he enjoyed being foster parent to 8 children, camping, fishing, hunting and playing with his grand and great-grandchildren.