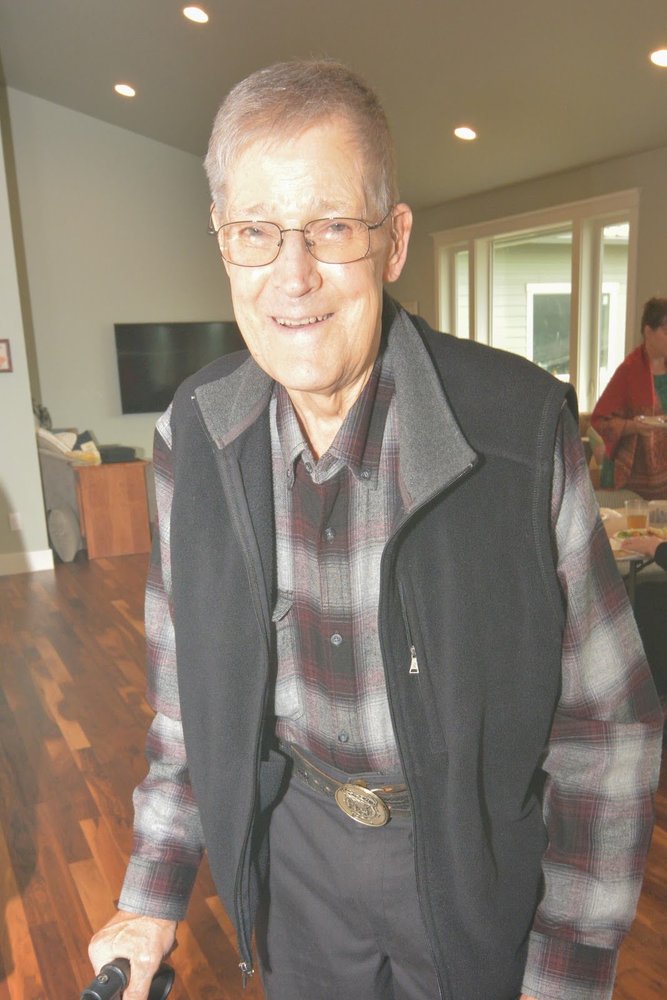 John Stanley Merwyn Nordgaard, born September 10th, 1934 to Selmer and Myrtle (Heggen) Nordgaard on the Nordgaard Farm near Rothsay, Minnesota, passed away in Bellingham on October 20th, 2018 at the age of 84.

Having put his full trust in the finished work of his Savior Jesus on the cross of Calvary to take care of his sin problem, he left his earthly tent for his new dwelling in Heaven, a building from God, a house not made with hands, eternal in the Heavens, to forever be with his Savior and Lord Jesus and friends who have gone on before.

In this life, he grew up on the home farm and liked farming and all farm related things. He graduated from high school at the West Central School of Agriculture in 1952. He has harvested over thirty crops of wheat over the years, he also liked farm tractors and worked as a mechanic repairing John Deere equipment for over 38 years; 1 year at Rothsay Implement Co., 17 years at Fergus Falls Equipment, and 20 years at Scholten’s Equipment, finally retiring at age 74. He served in the United States Army from Nov. 1954 to Sept. 1956. On Dec. 21st, 1956, he was united in marriage to Charlotte Williams. To that union were born two lovely daughters, Cynthia and Kathy. They also have a foster daughter, Melissa. John loved his family and grandchildren, he enjoyed playing Bocci Ball with them and always felt blessed during their times together. He was able to enjoy 10 years of mountain skiing at Mount Baker after moving out west.