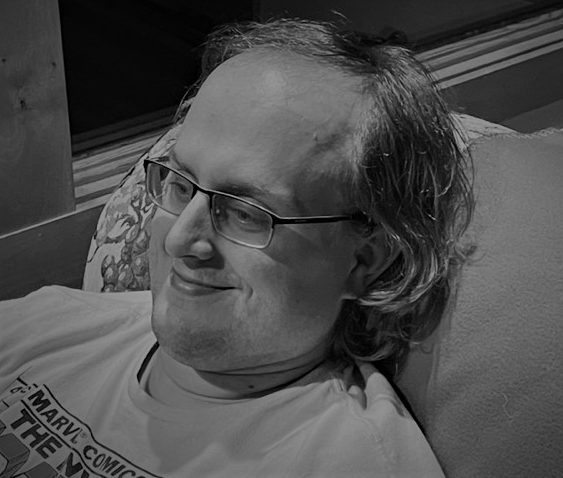 John Cedric Eggerth passed away on January 21, 2022, as a result of sudden, unexpected heart failure. He was 30 years old.

John was born in 1991, in Livermore, California, to Rick and Lucy Eggerth. He grew up in Castro Valley and Lafayette, California, with his parents, his identical twin, Robert, and his older sister, Jessica. John attended Campolindo High School in Moraga, California, where he joined, and eventually became assistant manager of, the school wrestling team. John studied German all four years at Campolindo, and one of the highlights of his high school years was traveling in Germany with a group of fellow students in the summer after his junior year. It was also in high school that John discovered his love of comedy and theater, appearing in or doing behind-the-scenes technical work for plays, performing in improv groups and doing stand-up.

After graduating from high school in 2010, John attended the University of California at
Riverside, graduating in 2014 with a bachelor’s degree in theater arts and a minor in political science. During his senior year in college John interned in Washington, D.C. for Congressman Eric Swalwell, where he performed office tasks, assisted constituents and led tours of the U.S. Capitol building.

After college John pursued his dream of becoming a stand-up comedian, while he supported himself with jobs in food service. He moved to Bellingham in 2016 and to Burlington in 2018. John began working for MOD Pizza in 2017 and at the time of his death was a captain for MOD in Burlington.

John was a natural performer and delighted in entertaining the people around him. He loved a good story, whether in the form of a movie or TV show, a play, a book or a game. He was a big fan of science fiction and fantasy, and dedicated many hours and much creative effort to the Pathfinder and Dungeons & Dragons campaigns he designed and ran. John was also a devoted fan of professional wrestling, a talented cook, and an appreciator of fine Scotch. John had a wonderful, curious mind, a keen sense of humor, and an exceptionally sweet spirit. His loss is deeply felt by his family and friends.

A celebration of John’s life will be held on Thursday, February 17, at 1 PM, at Moles Farewell Tributes in Bellingham. The family asks that in lieu of flowers contributions be made to the American Heart Association or the Foundation for Individual Rights in Education.

Foundation For Individual Rights In Education