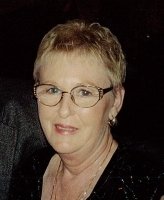 JoAnne was born on March 18, 1936 in Mitchell S. Dakota. She was raised by loving parents Frank and Faye Trisler. JoAnne moved to Whatcom County with her family when she was 12 years old. She graduated from Ferndale High School in 1954 where she enjoyed being involved as a song leader, editor of the year book, and in the senior play. After graduation JoAnne worked as a receptionist at several jobs until taking a position at Intalco as the Benefit Coordinator. She served as Mother Advisor to Rainbow Girls, taught Sunday school and raised her two boys. JoAnne married her 2nd husband, Elmer Roose in Nov. of 1986 and was active with him in the Elks Club and at the Hannegan Speedway. She was a Master Gardener, winning several awards from Whatcom County in Bloom. JoAnne wrote beautiful poems and published a book of her poetry, A Moment In Time late in her life. She was very involved with the Red Hat Club and cherished the close friendships she shared with the Red Hat girls over the years. JoAnne was dearly loved and will be greatly missed by family and friends.
JoAnne is preceded in death by her husband Elmer. She is survived by sister Madeline Martin, brother Bill Trisler, sons Gary (Cathy) and Monty (Anita) Ecalbarger, grandsons Chad and Ryan Ecalbarger, step-son Randy Roose, a step-granddaughter and 3 nieces.
JoAnnes family are grateful to God for the compassionate and caring staff at Highgate Senior living and the Whatcom Hospice who cared for their mom in her last years.

A Celebration of JoAnnes Life will be held on Saturday April 5th at 1:00pm at Moles Farewell Tributes Greenacres, 5700 Northwest Dr, Ferndale. A reception will follow. Donations Information