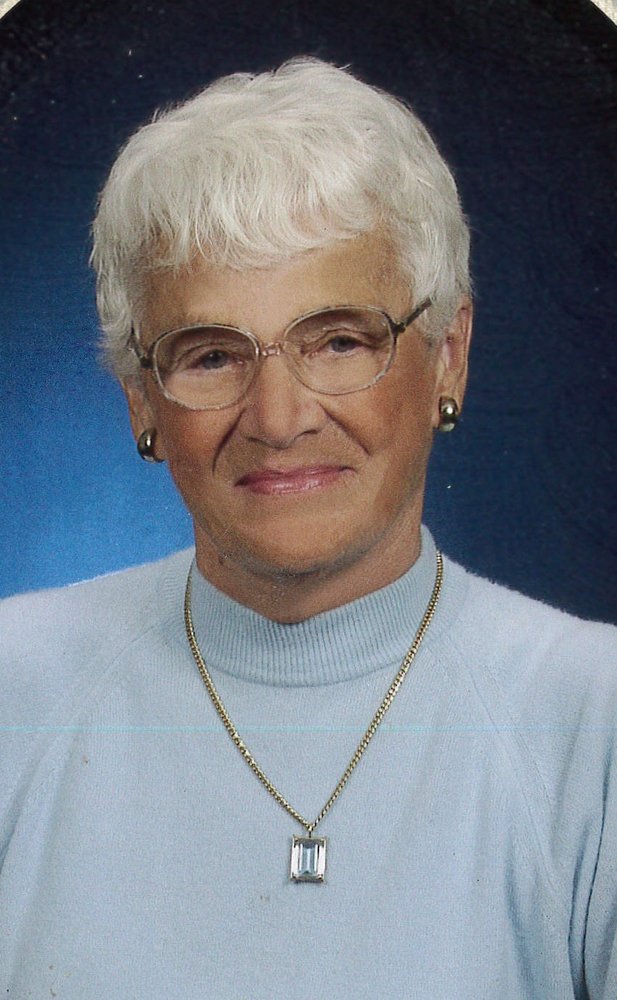 Joanne A. Stull passed away peacefully Friday 7/24/2015. Joanne was born in Everett, WA on 3/4/1930 to Fred and Frances Gilmore. The family moved to Bellingham in 1930 where Joanne and her brothers, Bill and Ron, were raised. Joanne attended Bellingham schools and graduated from Bellingham High School in 1948. In 1949, Joanne married Tony Fisher and their son, Steve, was born in 1950. They were divorced and in 1953 Joanne married Jack Stull and son Fred was born in 1954 while living in Ketchikan, AK. Jack and Joanne divorced and she returned to Bellingham in 1958 where she found work at a local drug store. Joanne moved to Ferndale in 1960 and resided there until her death. Joanne was a waitress and bartender in Ferndale restaurants and watering holes from 1960 until she retired in 1992. She made countless friends over the years while working. Mom was very good at what she did and she raised her sons as a single mom, passing on her work ethic to them. Mom met local commercial fisherman, Jerry Paolergio, in 1966 and they remained committed to each other as a loving couple until Jerry passed in Nov. 2011. Jerry and Mom loved to entertain at Jerry’s Sandy Pt. home. They hosted many parties and gatherings over the years for family and friends with the Super Bowl being the big bash each year. Joanne was an accomplished bowler while in her 20’s and 30’s, winning the Washington state championship one time. She had numerous trophies for bowling many 600 series. Mom loved animals more than almost anything. She had many dogs and cats over the years, being especially fond of buff colored cocker spaniels. The last 3 dogs she owned in succession were all buff cockers and were all named Willis Buster Stimpson I, II, and III respectively. Mother would feed or take in any animal within her neighborhood that was hungry including the squirrels, raccoons and deer. Into her late 70’s she would gather apples in a 5 gallon bucket and drive down Douglas Rd in Ferndale to feed the horses from alongside the road. Mom wrote the column for the Senior Center newsletter for a few years after retiring. She loved to play bingo and did so for many years at the local bingo halls. One of Moms biggest joys in life was the “Cabin” at Race Lagoon on Whidbey Island. Joanne’s great-grandfather, Harry Race, had homesteaded there in the late 1800’s and the Lagoon was named after him. The cabin was built by Mom’s parents at the lagoon and is still in the Gilmore family and used to this day. Joanne was predeceased by her parents, brother William Gilmore, granddaughter Angela M. Stull, and Jerry Paolergio. She is survived by brother Ronald Gilmore (Virginia), sons; Steve Fisher (Cheryl) and Fred Stull (Dallas). Grandchildren; Tina Duncan (Ken), Todd Fisher, Amanda Doeden (Nathan), and Kara Hinchey (Jeremy). Great grandchildren; Sarah Fisher, Madison and Brady Hinchey, and Mason Doeden. Also, special friends; Heidi Foster and Maxine Ferry, numerous nieces, nephews, and the Paolergio nieces, nephews and cousins. Special thanks to the Louisa Place staff for the loving care and home they provided for Mom. Much gratitude to Whatcom Hospice and Home Attendant Care for helping make Mom’s last days more peaceful and less painful. A graveside service will be held on Friday, July 31st at 2:30PM at Greenacres Memorial Park followed by a reception. In lieu of flowers please consider memorials to Whatcom Humane Society or Brigid Collins Family Support Center.