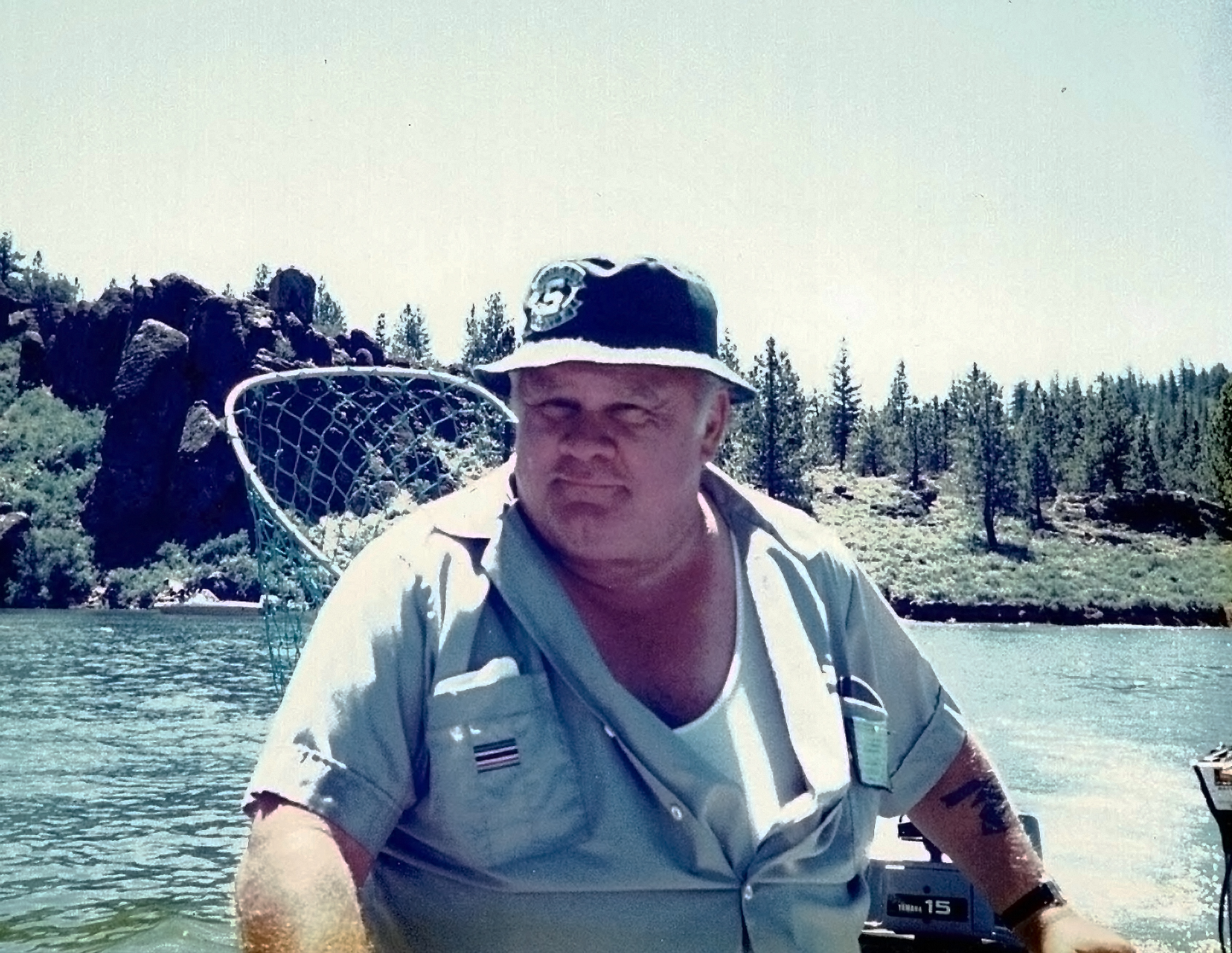 James F. Huthert passed away on Friday, February 14, 2020, after a long illness.

He was born on January 12, 1938, in Oakland, CA. The son of Lillian and George Huthert, his parents started taking Jim fishing at the age of two.  They would leash him to a tree and give him a little fishing pole.  Every so often his parents would sneak a fish on to the line and Jim thought he had caught a fish.  Fisherman for life!

As a young man of 15 years he affirmed his faith in God by being baptized by the Baptist church and remained a firm Christian for the rest of his life.

When Jim was a young boy he played cowboys and war with his friends and his favorite roll was being a Marine.  Upon graduation from Fremont High School in Oakland CA, he fulfilled that childhood dream and joined the Marines.  Marriage and two daughters followed swiftly.

While in the 1st Marine Division, Jim gained a Marksman Medal, a Good Conduct Medal and was promoted to corporal.  After his honorable discharge he became a sheriff’s deputy in Alameda County.

In 1961 Jim moved the family to Salt Lake City and began a career in physical distribution and logistics.  He worked for IML Freight, starting on the loading dock, moving up to truck driver, and then to manager in San Francisco.  Later he would move to Los Angeles as Traffic Manager for Frito-Lay, where he met his second wife, Elizabeth.  The final chapter of Jim’s corporate career was his position as Distribution Manager for American Honda.

With wife Elizabeth at his side, Jim started Truckee Meadows Vending in Reno, NV, and eight years later they retired to Sudden Valley in Washington.  In retirement, Jim was able to devote his time to fishing, travel, poker and spending time with the numerous grandchildren, great-grandchildren and great-great-grandchildren.  He was a fixture at the annual fishing tournament in Sudden Valley and taught many of the young kids how to clean their catch.

Jim is survived by Elizabeth, his much loved wife of 47 years, and his daughter Louise Magno of Mt. Vernon, WA.  He was preceded in death by his daughter Penny Moore and her son Gary Moore.

His surviving grandchildren are Jeremiah Mason of Sparks, NV, Joshua Guesford of Mt. Vernon, WA, Dr. Joseph Lillegard of Minneapolis, MN, Rebecca Gaudern, of Medford, OR, and Scott Moore, Jr. of Central Point, OR.  Other family includes his sister-in-law Loretta, her husband Rick and their son Phillip Duvall of Torrance, CA.

A memorial service will be held on Saturday, February 29th, at 11:00am at Moles Family Funeral Home at 2465 Lakeway Drive in Bellingham, with a reception following.  Final interment will be at Green Hills Memorial Park, Rancho Palos Verdes, CA.