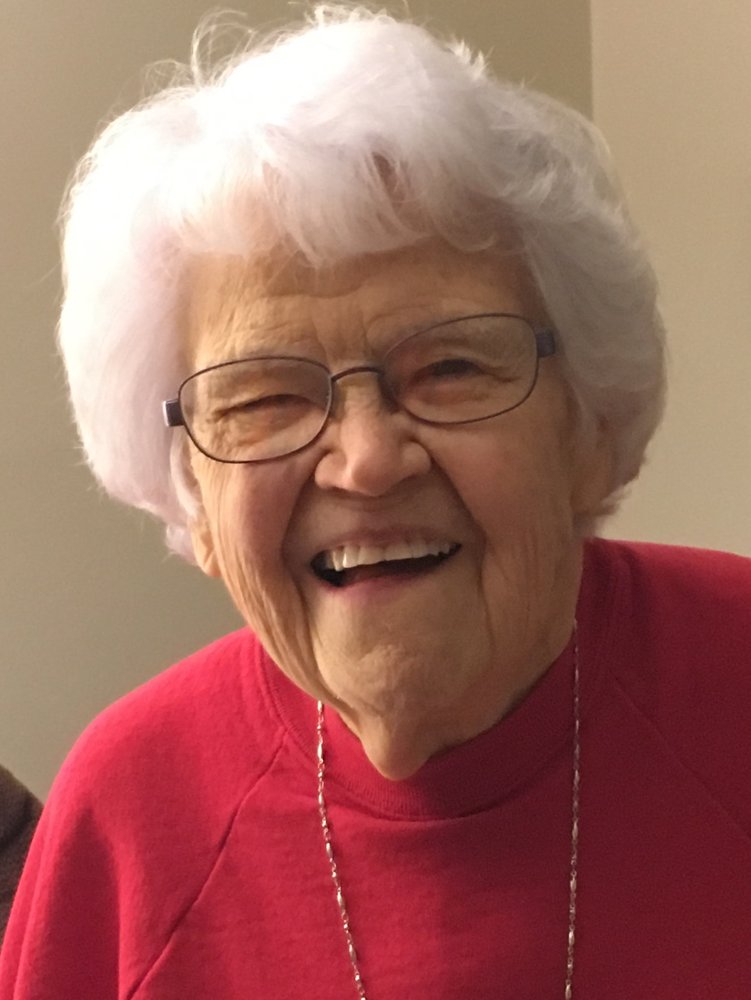 Jessie was born the youngest of 11 sisters and 3 brothers. She lived on a farm in Kenmare, ND for the first 10 years of her life. She moved to Whatcom County, WA in 1937 with her family to escape the dust and drought of the Midwest. She graduated from Nooksack Valley High School in 1944. Keith Ahrens once spotted her walking to a bus stop during her later years of schooling. They later met at a local dance hall and were married May 26, 1945.

They bought Jessie’s father’s farm in 1947 and she lived there until she moved to a retirement home in Shoreline in 2014. She raised 6 children: Sandy, Jim, Will, John, Marilyn, and Neil.

She was a farm wife. She cooked and sewed clothing for the family. She kept a large garden harvesting peas, corn, beans, squash, cucumbers, asparagus, carrots, radishes, kohlrabi, rhubarb, strawberries and raspberries that she canned or froze. She harvested and canned apples, cherries, pears, and Italian prunes. She also cooked for the hired help when there was a crew working on the farm. Her hobbies were her flower gardens and later making quilts.

Most of the farm was sold in 1970. The two big barns were torn down and the chicken houses converted to mini-storage. With the older children gone and the younger ones in school, Jessie went to work for as a cook for Mt. Baker School District where she worked until retirement.

In retirement she and Keith chose to do mission work traveling to Fiji and Germany. In Fiji, she cooked for the South Pacific Bible College, and taught students (mostly male) to cook and bake in a wood fired stove and oven. In Germany, she again served as cook for the Teen Challenge training center they were supporting.

Jessie spent much time in her later years making beautiful quilts for her children and grandchildren. She and Keith ran a ministry in Bellingham called We Care which provided no or low cost clothing and furniture.

She moved to Shoreline, WA in 2015, where she lived at Crista Ministries Senior Living.

Not an easy life, but she found satisfaction in her family and her faith in Christ.