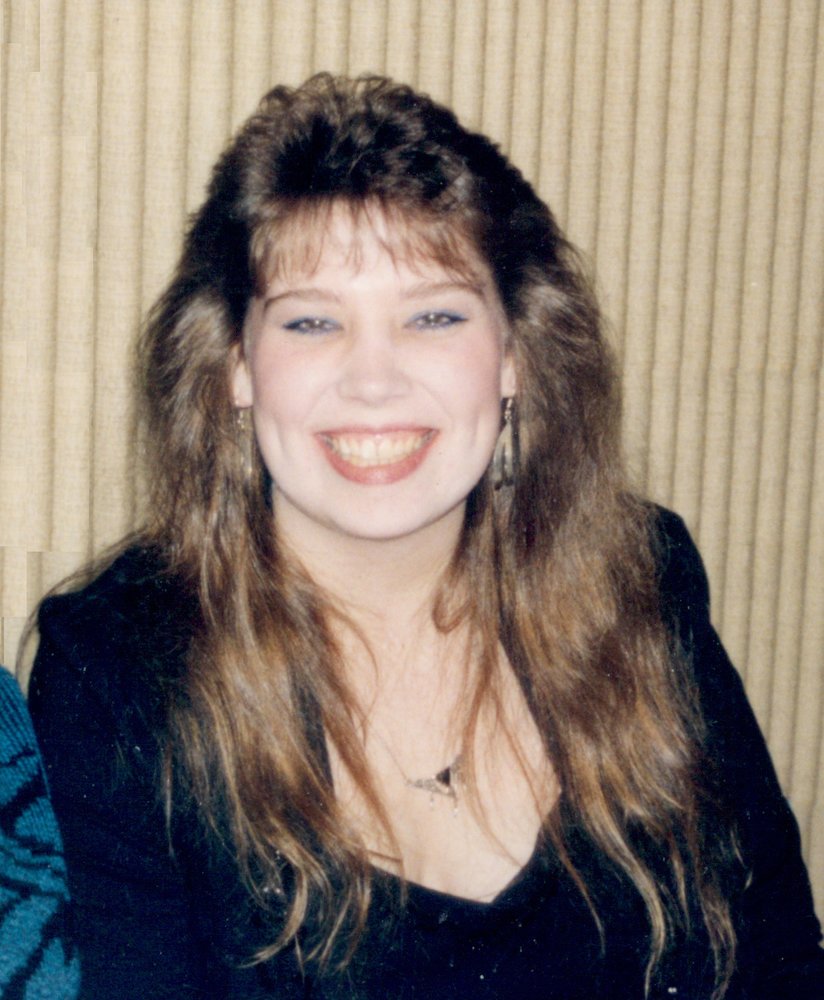 Jessica was born on November 16, 1969 and died July 24, 2017. Jessica was born near the little desert town of Mesquite, Nevada, and delivered by her father with 21-month brother and family dog in attendance. Then … her folks had to drive another hour through a mountain pass to get to a hospital.

She hung in there and became the fighter for life as she was known to be. Life wasn’t easy for Jessica as she struggled with multiple sclerosis for many years and then in March of this year, she was diagnosed with Stage 4 Ovarian Cancer. Through this adversity, she always kept such a positive attitude and she fought so hard to stay with us, but her body finally couldn’t take any more and just gave out. She died with her mother at her side in the family home. She fought as hard coming into this world as she did leaving.

The first thing many will always remember about Jessica was her beautiful smile and her kind and generous heart. She was a remarkable woman whose smile lit up every room, who, even during challenges in her personal life, continued to be non-judgmental and who accepted everyone on their own terms. Jessica’s kind heart and generous spirit will always be remembered.

Jessica was fiercely loyal to her family and friends and the loves in her life included her beloved cat Dudley and her beautiful horse Kokomo. Jessica grew up in 4H and belonged to the Trailblazers horse club and enjoyed camping at Silver Lake, going to parades, and was involved in going to fair and state each year. Jessica also raised a wonderful golden retriever named Marcus for the San Rafael Guide Dog Association.

Her family and friends often teased Jessica for her famous collections. She would start with one item which then “miraculously” grew into a collection. These collections kept growing until they needed a room of their own, each on display. Jessica was whimsical and gained enjoyment from the simplest things in life and sharing that joy with others.

Jessica was the queen of movie and music trivia and enjoyed besting anyone who dared to challenge her. No one bet against her twice. She often said that if she could find a job that could use all the trivia running around in her head, she could make a million.

Her mom remembers the gin rummy bouts they used to enjoy while trash talking each other as only a mom and daughter could do and the laughs they had while doing it. They loved going on trips to places like Leavenworth and La Connor. They enjoyed each other’s company and liked eating out, shopping and going to garage sales. Her mom admired her for her compassion for others and knew that anytime they passed a kid’s lemonade stand in the summer, that they would have to stop.

Her brother, Chad, remembers being in 4H with his sister when they were younger living in Bend, Oregon, going to horse shows, and the incredible trail rides they took with their club and family. He remembers how they would pack into wilderness areas such as the Wallowa’s with their horses and dogs, spending time camping together as a family. He also remembers their grandfather’s boat, coincidentally named The Jessica, and all their adventures and great fishing expeditions. These are but a few of his favorite memories with his sister.

Her father, Ken, remembers all her living creatures; dogs, horses, bunnies, goats, and cats, among others, great and small, and how she cared for them. He remembers how she was always willing to help out her friends and family and how she always remembered events, such as birthdays and special occasions, and never failed to acknowledge them with a card or a call. He remembers her “no fear” attitude and willingness to take on any task that confronted her.

Her best friend, Alexa, remembers the fun they used to have riding their horses on the beaches of Birch Bay and their eating out adventures; going to a different restaurant for each course and how much they laughed. Jessica was the godmother to her children and she loved each one of them as if they were her own.

Her close friend Jason fondly remembers Jessica’s epic battles with her brother as they employed various strategies to gain access to her “collections”, double dating with friends, going to the Boston concert at the Tacoma Dome, and finally one night out on Lake Whatcom when Jessica suddenly started singing Fleetwood Mac songs while he played them on the guitar. Jessica’s beautiful voice will never be forgotten.

Jessica’s Aunt Carol remembers and will miss their famous movie nights. They would take turns getting take out food, going home, getting comfortable and then watching a movie they wanted to see.

Her husband remembers their honeymoon to Disney Land and beautiful wedding in Bow in 2000, and how lucky he was to have her in his life. He remembers her loving to listen to music and watch movies.

Jessica was admired for her character and inner beauty; she brightened the lives of many people whose paths she crossed, leaving a lasting shining light. Jessica just was such a person, who even during her greatest challenges, continued to inspire those around her with a positive attitude, unstoppable self-less determination and universal spirit of goodwill. She will be missed but never forgotten.

The family has planned a private celebration of Jessica’s life.