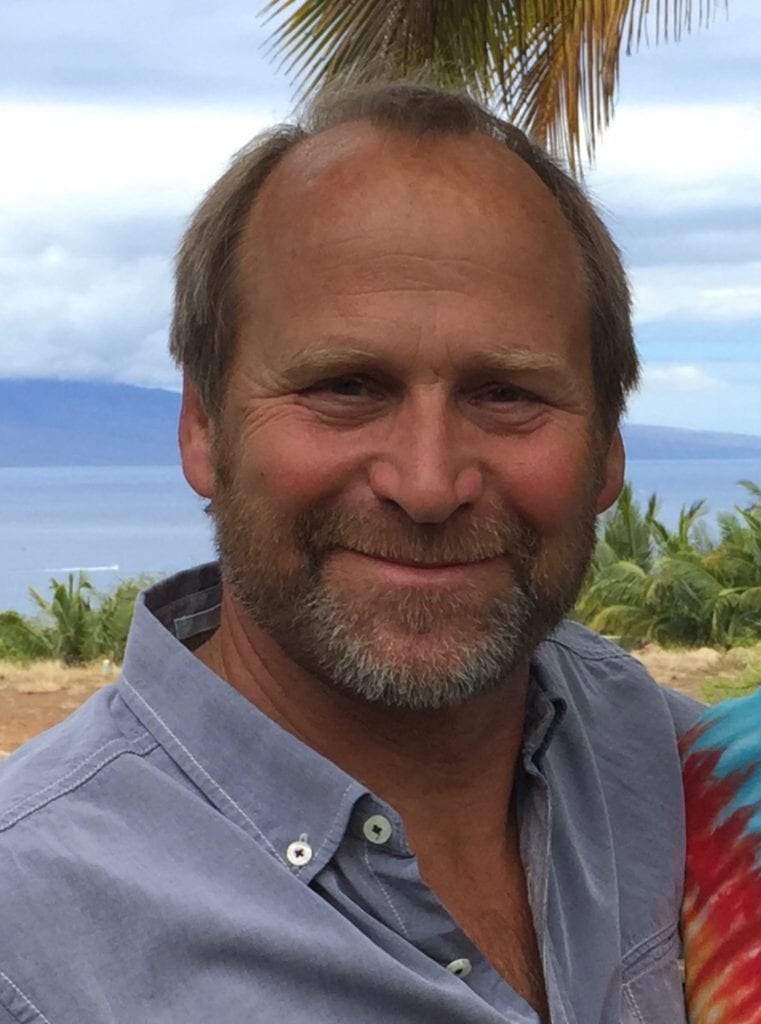 Passing peacefully at home, James Otis Hall left us on the afternoon of Wednesday, March 4, 2020 at the age of 65.

Born on September 15, 1954 in Eldora, Iowa to Robert and Patricia (Jackson) Hall, he was the youngest of three siblings. The family moved to Renton, Washington in 1957 and Jim graduated from Hazen High School in 1972. Jim began his college education at Central Washington, but left college to help his parents with their family business, St. Francis Extended Health Care in Bellingham.

Through their family’s friendship Jim met his wife Jill.  In that moment, one of life’s greatest life-long love stories began. One for the ages, they dated for a few years, until Jill graduated and left for college at WWU, to be closer to Jim.  They never looked back, and created a rich and full life with each other in the Bellingham community.  Truly soulmates from their first glance upon one another, it is impossible for anyone who knows them to think of one, without the other.  Wherever one was found, the other was certain to be nearby, the evidence of their love for one another so easily witnessed and admired. When asked once what loving Jill meant to Jim, he responded without pause that it was “as natural and meant to be as breathing in and out.  I couldn’t live without her.  She’s my everything.”

Jim’s dream growing up was to be an architect, but he unexpectedly found his true calling in taking care of the elderly and more vulnerable population, when he joined his family’s business.  As the youngest administrator in Washington state, he passed his nursing home administrator test at age 21 and assumed full responsibility of St. Francis Extended Health Care. At the age of 30, he and Jill worked side by side to relocate and build St. Francis in its current location, as well as created the first of its kind, intergenerational childcare anywhere in the United States.

Jim created and put into place an onsite laundry at St. Francis Extended Health Care, and in the early 90’s word spread quickly in the surrounding communities of Jim’s high standards and the unwavering quality that he upheld in his facility. Local hospitals and clinics in the Puget Sound region began requesting that Jim expand his laundry services. As his reputation for providing unsurpassed linen service grew, other businesses began to reach out to Jim regarding his operations at St. Francis.  This led Jim to recognize a regional need for a medical-only laundry service, for which he established Northwest Health Care Linen in 1992. Not surprisingly, Jim signed five local hospitals, each to a 10-year contract, before he even had acquired the land or building, a clear affirmation that he and his vision were highly trusted and regarded.   In 2013, Jim and his daughter Kelsey began working side by side, and Northwest Health Care Linen became a second-generation company. In 2016 Jim’s son Evan joined the company as well, filling Jim with pride.  Knowing that both of his children, whom he described as “two of my most remarkable accomplishments,” would lead the family business into tomorrow, filled him with joy every day.

As a business man, Jim was known for his leadership, and his ever-evolving vision for the future. Always a forward-thinking entrepreneur, he enjoyed the challenge of anticipating and determining what his customers would need, and how he could best deliver on his promise to help make their lives easier. Forever humble in his accomplishments, he felt a genuine concern and responsibility to customers, vendors and employees alike. Not surprisingly, many called him, “My friend.”

Jim’s true passion in life was spending time with his beloved wife Jill, and all of their extended families.  Jim loved to travel and spent many relaxing days and peaceful nights on Maui, in a home that he and Jill lovingly created together and frequented often. Jim loved boating, cooking, trying new recipes and entertaining friends and family. Known in his family for his signature dance move dubbed “Doin’ the Jaime,” Jim’s moniker came to define much more than just his dance moves and became the true definition of his lifestyle.  Love. Family. Connection.  Friendship.  Community.  Jim would tell anyone who asked that those simple words, above all else, define what really matters in this world.  They encapsulate and lay bare all that was important to Jim, and everything he strived to contribute toward, to encourage, and to support.  An astute, fair and loving man, Jim gave all that he had to those who had a need.  Most importantly, Jim knew he was loved beyond measure by the members of “TEAM HALL,” a name he created and used to describe and apply to those whom he loved.  Notwithstanding all of Jim’s achievements, perhaps that alone was his greatest accomplishment.

Diagnosed with Glioblastoma in 2017 and given a year to live, in Jim’s true ‘can do’ fashion and with great heart and determination, Jim outlasted the odds and blessed us with almost 3 more years. Jim was our warrior, fierce in the face of an uphill battle. Jim displayed an unparalleled, upbeat strength every single day, determined not to waste a moment and joyful to be able to spend the time surrounded by the love and laughter of his family.  In his final days, Jim repeatedly told everyone that the most important things in life were love and family. Jim’s perspective was his final gift to us, which we will practice with intent in his honor, and pass along to the generations that follow.  A spirit as vibrant and a soul as kind as Jim’s can never truly pass, as we will forever carry him in our hearts.

Jim leaves behind a great many people who considered him an exceptional friend and extraordinary human being. Preceded in death by his parents, he is survived by his devoted wife Jill, his daughter Kelsey (Hall) Van Miert (John Van Miert), son Evan Hall (Caitlin Hall); and by his grandchildren Isabel, Lola, Otis and Sawyer and his sisters Barbara (Sam) Ham, Nancy (Bill) Rowe, and his extended family.

A celebration of Jim’s life was slated for April, but in these unprecedented times, the celebration will be scheduled for a later date. We want to be able to truly celebrate our incredible husband, father, and Pappy in the manner he deserves to be remembered. Jim would want us to embrace life, to laugh, to love one another at any gathering in his name.  Perhaps, when we gather, you’ll join us in “Doin’ the Jaime” in his honor.  Undoubtedly, he’ll be looking down and smiling on that spectacle!

Gifts in Jim’s memory may be made as a donation to the Swedish Hospital Seattle Brain Cancer Walk, under “Team Hall”.

We love you, James Otis, Jimmy, Jaime, Jim, Dad and Pappy.  Know we are smiling up at you, always. We are your legacy of love.  We are TEAM HALL!