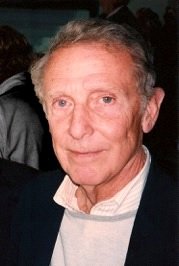 Jim was born and raised in the Laurelhurst neighborhood of Seattle. After graduating from Lakeside High School in 1945, he served in the Merchant Marines and then received a degree in economics from the University of Washington. Later, Jim served on the boards of Lakeside School and Western Washington University.

Like his father, Arch Talbot, Jim was a tenacious and lifelong entrepreneur. Besides expanding the family business, Bellingham Cold Storage, he also founded the real estate development firm Barkley Company, a mixed-use urban village in northeast Bellingham. Over the years, Jim was active in many fishing and seafood ventures as well, the most notable of which was US-USSR Marine Resources Company (MRC), the first ever Soviet-American joint venture. Founded in 1976 at the height of the cold war, MRC hired American catcher boats to deliver fish to Soviet processing vessels off the US West Coast and Alaska. At a time of serious political tensions, the company provided the opportunity for hundreds of Russians and Americans to work side by side for common benefit, spawning friendships, business enterprises and many adventures that transcended political or ideological lines, including the Bellingham-Nakhodka sister-city relationship and countless cultural, educational and sports exchanges.

Jim was preceded in death by his wife Joyce in 2013, and is survived by his sister Prudence, his two children Stowe and Jane, and four grandchildren. At his request, no service will be held. Donations in his memory can be sent to Whatcom Hospice and Alzheimers Society.