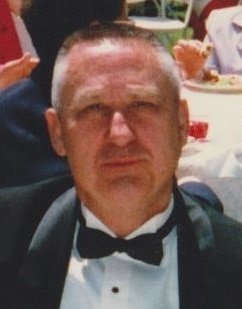 James Doail Henson, age 86, passed away on February 20, 2018 in Bellingham, WA. James was born in Benton, AR on October 7, 1931 to Bertha and Jesse Henson. He attended Amity High School and Lamar University, and in 1955 he married the love of his life, Peggy Sue. James had a passion for the outdoors, gardening, and most of all, spending time with family, from informal gatherings to big family dinners. Some of their happiest memories are of working together on the farm and taking care of their many animals. James will always be remembered as a hard working and loving family man. But he was also quite the character, with an endless supply of humorous, no-nonsense quotes: “All I want to see is elbows and assholes” / “You know what thought done, don’t ya? It messed in its pants” / “She’s our kind of people” / “I’m off my feed!” He will be deeply missed by those who knew and loved him.