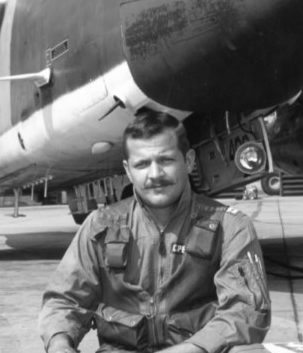 James J. Capellman, LtCol USAF, Ret., age 80, passed away Nov. 9, 2019. He is survived by his beloved wife of 57 years, Lucy, and two daughters, Pamela Sue Orr (Stephen) of Richardson, TX, and Cathleen Hess (Tom) of Oakdale, NY. He is also survived by two brothers, Robert (JoRene) and Richard (Shelly) along with several nieces and nephews.

Originally from Pennsylvania, Jim spent 20 years in the Air Force. He served in Vietnam and had the opportunity to be stationed all over the world before entering the civilian work force. His last employment was Alpha Technologies where he served as Sr. VP of Manufacturing, settling in Bellingham for the last 22 years. He attended Penn. State University, and earned his college degree from U. of Massachusetts, Amherst.

Jim was such a fun loving person with a great sense of humor, and lived life with gusto! He enjoyed strumming his guitar and singing for friends and family. His motto was “always look forward, never look back!”

In keeping with his wishes, there will not be a memorial or celebration of life event. He will be terribly missed but in our hearts forever.