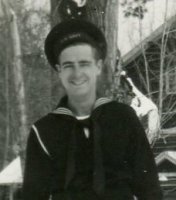 James B. Prince Jr. passed away Friday, August 8, 2014.
James grew up in Bellingham and moved to Seattle in his mid 30s. He served in the US Navy, and later attended the shipmates reunion every year. James worked as a Realtor, a Bartender, and at Boeing. He enjoyed dancing, attending social gathering, taking trips on the Alaska Ferry, and telling a good joke!
James was a member of The Elks, Nile, VFW, and American Legion.
He is survived by his daughter Charlotte Prince of Bellingham and many friends.
James was preceded in death by his wife Myrl I. Prince and his son James B. Prince III.

A Graveside Service will take place on Friday, August 15, 2014 at 2:00PM at Greenacres Memorial Park, 5700 Northwest Dr.,Ferndale, WA. A reception will follow the service.