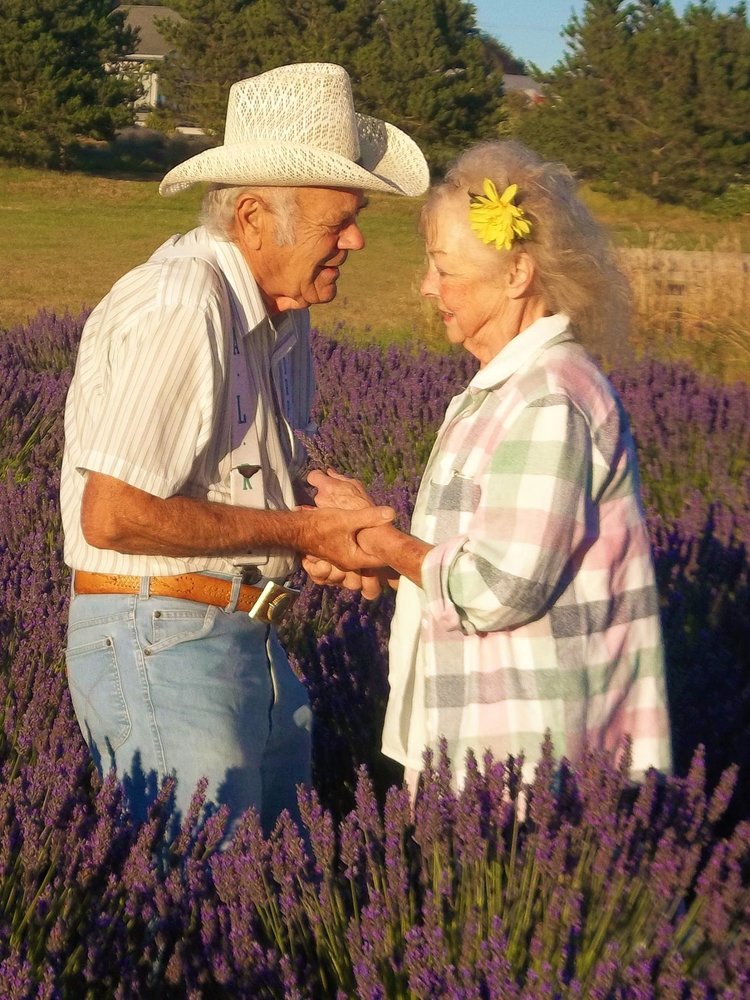 Jack was born June 10,1934 in Anacortes, WA to Grant & Margaret (Fekety) Little. At a young age he lost his mother due to a brain tumor. A couple years later his dad Grant remarried Minnie. He grew up in the Van Zandt area where he attended Acme Elementary and Mount Baker High School.

In school Jack enjoyed auditioning for school plays where he later met Darlene during a school competition. Darlene was drawn to his passion for music and ask him on their first date to a school dance. Jack graduated from Mount Baker High School as “The Class of 1953”.

During Jack’s free time he would enjoy going roller skating up at the Acme rolling rink. He also had a passion for writing songs and singing. Jack and his friends started a small band called “Ridge Runners” where they would play small gigs at local places and at school where he captured the heart of Darlene.

Jack married his beloved wife Darlene Hamilton on January 7, 1955. Together they embraced the passion to raise three children on a country farm just in Van Zandt, WA. He worked for The Laborers’ Union 276 for many years along with having multiple other side jobs.

Jack always keep busy whether it was working at The Laborers’ Union 276, logging, splitting fire wood, putting hay up for winter, raising horses & cows, or just sitting back playing his flat top Gibson guitar. Jack was well known for always bringing smiles and laughter to all who knew him. He had many incredible and humorous stories and enjoyed singing at many family, friends’ & relatives’ events.

Jack was always passionate about life and cared deeply for his family and friends. His two sons, daughter, and his nine grandchildren all acquired his talents, humor, and all his life lessons throughout the years and will continue to be passed down to their children.

The Lord saw you getting tired And a cure was not to be, So He put his arms around you and whispered, “Come with me” With tearful eyes, we watched you suffer And saw you fade away, Although we loved you dearly, We could not make you stay. A golden heart stopped beating, A beautiful smile at rest, God broke our hearts to prove He only takes the best. It’s lonesome here without you We miss you so each day, Our lives aren’t the same Since you went away. When days are sad and lonely, And everything goes wrong, We seem to hear you whisper, “Cheer up and carry on.” Each time we see your picture, You seem to smile and say, “Don’t cry, I’m in God’s keeping, We’ll meet again someday.”

Gone But Not Forgotten

” My dad always enjoyed going for a rid in my jeep whether it was going up on the mountains, a trip to town for a Mickey Dee cheeseburger, or just down to the local store for his morning coffee.”

“My Dad and I enjoyed going out hunting, riding horses and playing the steel guitar together.”

“Some of Dad’s favorite saying were: Tighter than a bull’s butt in fly season! Holy Balls! Well all be darn!”

The Little Family would like to thank you all for your prayers and support through this difficult time. We would also like to thank the staff at North Cascades Health & Rehabilitation, the Whatcom Hospice Services and Moles Farewell Tributes for their compassionate care, and for being there for the Little family.

A Celebration of Life will be held at the Cedar Gulch, 6062 Mount Baker Hwy in Deming on Friday August 17th at 1 PM.