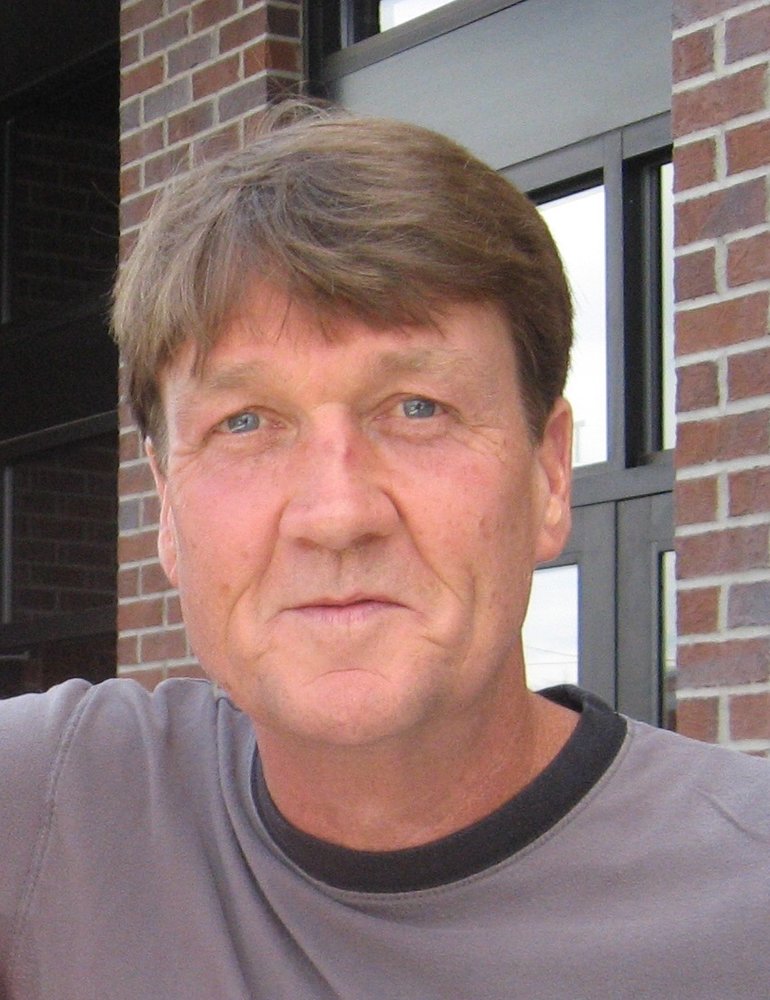 Jack (John) Fiacre Conway passed away just after midnight on December 30, 2016 in the loving arms of his wife and surrounded by members of his loving family. He died peacefully in the St. Joseph’s ER of respiratory failure due to ALS.

Jack was born in London, England March 26, 1959 to James and Lillian Conway. He was the second of four children. His parents moved from Ireland to Bronx, New York in 1961. Jack grew up with love and laughter in the shadow of Yankee Stadium and spent many days in the bleacher seats watching his beloved Yankees and getting autographs before and after games. His family moved a bit north to the Irish enclave of Woodlawn when he was 11, but Jack never lost his love of the Yankees. Of the many gifts Jack received as young boy from his parents was a great education at St. Barnabas School, a love of reading, music, story telling, laughter, friends, and sports. He loved when his family hosted the Kilkenny, Ireland hurling team members in their house the years the team came to New York to play at Gaelic park after winning the All Ireland.

After attending All Hallows High School, Jack served in the US Marine Corps 1977 to 1981 and then worked construction jobs in NY until 1987 when he drove with a friend in a 1965 Chevy from NY to Alaska for a vacation. They ended up getting jobs working on the Valdez city dock unloading fishing boats. Jack met Margie, his future wife, through a mutual friend and they quickly fell in love and moved to Bellingham, Wa together. Jack worked at Intalco for about a year but the lure of Alaska pulled them both back. For the next 10 years, Jack and Margie lived in Valdez, Alaska enjoying amazing adventures with wonderful friends during long days of summer and snowy winters. Jack worked on fishing boats until 1990 when he began working at Harborview Developmental Center where he and his wonderful co-workers cared for people with developmental disabilities. Thus began his over 20 year career in health care where he used his amazing gifts of knowledge, humor, laughter, stories, smiles, hugs, singing, warm spirit and huge, kind heart.

Jack loved traveling. In 1995 he and his wife decided to spend his retirement fund and travel for six months. They drove from Alaska to NY and had a wonderful time visiting friends and family along the way and then flew to Europe. They visited the London neighborhood where Jack was born. Then they spent time with Margie’s brothers and family in Scotland before spending two weeks in Ireland. Jack loved being in Ireland and especially spending time with his parents, cousins, aunts and uncles and attending his cousin’s wedding. He also loved Italy, Spain and Portugal. After ten weeks in Europe Jack and Margie flew back to NYC and drove across the U.S. to Bellingham, and then took the ferry back to Alaska. They were broke but never regretted spending Jack’s retirement to make all of those amazing life long memories.

Among many U.S. travels they visited his family in NY often and if it was a summer trip they would attend a Yankee game. In 2014 they were fortunate to be at the stadium during the 75th anniversary reading of Lou Gehrig’s famous, “luckiest man” speech where he spoke about living life to the fullest with all the days that he was given. Last year the one wish Jack had was to go home to NY and see his family. Thankfully, all the stars aligned as he and Margie flew into NY on their 23rd wedding anniversary and had a perfect evening in Manhattan all lit up for holidays and then a wonderful visit with his family. Jack always promised Margie he would take her to the famous Macy’s Thanksgiving Day parade. He made good on his promise.

Jack became a US citizen in 1996 and was very proud to be an American and very proud of his 100% Irish heritage. He was an amazing story teller, excellent writer and loved having fun and making others laugh. He lived life to the fullest: dancing, singing, playing harmonica, skate-skiing, fishing, hiking and jumping into cold lakes and oceans to swim. He even did several polar bear plunges, jumping off a boat, into the freezing waters of Valdez Harbor, in the middle of an Alaskan winter. One year Margie joined him and he waited in the bone chilling water so he could swim with her to shore. One of his absolute favorite places to spend time in Alaska was a lake where two of his wonderful friends had built a cabin. As well as being an enthusiastic outdoor adventurer and life of any party, Jack could also be serious and was an avid reader. Jack was wonderful at listening and giving thoughtful advice. As one of his nephews said, Uncle Jack could make any room feel both larger and cozier than before he entered.

Jack loved music of all kinds, especially live music and was known to join in with bands if he had his harmonica handy. Usually at weddings and small venues but at least a couple times on larger stages like when he played with his friends’ band Mud Fish Pie and they won a prize at the Talkeetna Bluegrass Festival. He enjoyed teaching kids in his life how to play the harmonica. He also enjoyed teaching kids how to hit or catch a baseball. He tried to convince all his west coast nephews to become Yankee fans and was especially successful with one at a young age so the two of them enjoyed watching games together talking baseball and life.

In 1999, Jack and Margie moved back to Bellingham, WA. Jack worked at Highland Care Center as a CNA and activities assistant for many years. In 2009, he decided to get sober and accomplished that goal with the help of Sundown M Ranch and wonderful friends in Yakima. He went back to school at Yakima Valley College earning straight A’s and his AAS degree in Chemical Dependency Counseling. He worked hard to become healthy in mind, body and spirit. He wasn’t able to work in the field due to undiagnosed illnesses progressing.

Jack was diagnosed with bvFTD (fronto temporal dementia) in 2015 and diagnosed with ALS/Lou Gehrig’s disease in fall of 2016. With both diagnoses he comforted his wife by saying don’t worry hunny, God will take care of us. Sadly both of these devastating illnesses are linked to his being stationed at Camp Lejuene for over a year while in the Marine Corps when the water was toxic. But he had no regrets about being in the Marines. He loved serving his country, working hard, making friends and traveling the world as a young man. And he lived the motto Semper Fi – always faithful. Jack was very spiritual and was so at peace especially his last year. He lived in the moment, enjoyed life and was so sweet – always expressing kindness, especially towards Margie. Although FTD changed his personality significantly, he was a kind and loving soul to his last moment on earth.

Margie would like to thank their remarkable friends and both wonderful families for being such amazing support to Jack and her. She gives special thanks to Jack’s parents and both families who were by their side through the difficulties and for sharing in the love and joy to Jack’s very last moment on this earth. The entire family extends a heartfelt thanks to Dr. Roger Sharf for his wonderful care of Jack and for his amazingly fast diagnosis of FTD and advice on how to make the most of the precious time we had left.

Because of Jack’s travels, friendships, and love of celebrations, we want to gather with friends and family in all the places he loved in life so we are having a few memorials.

A celebration of Jack’s life will be held at the Squalicum Boathouse in Bellingham, WA on February 26, 2017 at noon.

A gathering in celebration of Jack’s life is also happening Friday May 12, 2017 at the Yakima Museum in Yakima, WA.

There will also be a celebration of life gathering on Saturday, June 17, 2017 around noon at the city dock in Valdez, AK.

In lieu of flowers, please consider a donation to a scholarship at Yakima Valley College in honor of Jack Conway for a student studying Chemical Dependency: you may mail a check in memory of Jack Conway to YVC Foundation, P.O. Box 22520, Yakima, WA 98907. Thank you for helping us remember the loving legacy of our beloved Jack, gone too soon but indelibly in our hearts. His strong spirit lives on in our loving memories.